Articles liés à The Lost: A Search for Six of Six Million

Mendelsohn, Daniel The Lost: A Search for Six of Six Million

The Lost: A Search for Six of Six Million 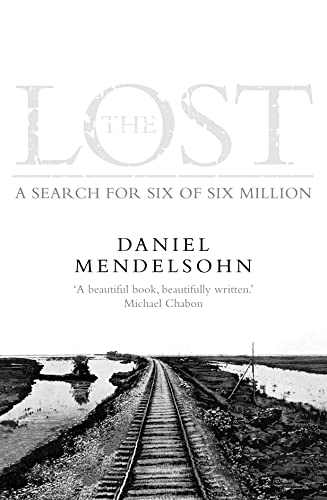 “Epic and personal, meditative and suspenseful, tragic and at times hilarious, The Lost is a wonderful book.” (Jonathan Safran Foer)

“A stunning memoir. . . . As suspenseful as a detective thriller, and as difficult to put down.” (Francine Prose, O, The Oprah Magazine)

“The Lost is a sensitively written book that constantly asks itself the most difficult questions about history and memory.” (BookForum)

“A grand book, an ambitious undertaking fully realized.” (The Forward)

“The Lost is the most gripping, the most amazing true story I have read in years.” (Charles Simic, The New York Review of Books)

“Daniel Mendelsohn has written a powerfully moving work of a “lost” family past. . . . A remarkable achievement.” (Joyce Carol Oates)

“A stirring detective work, The Lost is ... deepened by reflections on the inescapable part that chance plays in history.” (J. M. Coetzee)

In this rich and riveting narrative, a writer's search for the truth behind his family's tragic past in World War II becomes a remarkably original epic—part memoir, part reportage, part mystery, and part scholarly detective work—that brilliantly explores the nature of time and memory, family and history.

The Lost begins as the story of a boy who grew up in a family haunted by the disappearance of six relatives during the Holocaust—an unmentionable subject that gripped his imagination from earliest childhood. Decades later, spurred by the discovery of a cache of desperate letters written to his grandfather in 1939 and tantalized by fragmentary tales of a terrible betrayal, Daniel Mendelsohn sets out to find the remaining eyewitnesses to his relatives' fates. That quest eventually takes him to a dozen countries on four continents, and forces him to confront the wrenching discrepancies between the histories we live and the stories we tell. And it leads him, finally, back to the small Ukrainian town where his family's story began, and where the solution to a decades-old mystery awaits him.

Deftly moving between past and present, interweaving a world-wandering odyssey with childhood memories of a now-lost generation of immigrant Jews and provocative ruminations on biblical texts and Jewish history, The Lost transforms the story of one family into a profound, morally searching meditation on our fragile hold on the past. Deeply personal, grippingly suspenseful, and beautifully written, this literary tour de force illuminates all that is lost, and found, in the passage of time.

1. The Lost : A Search for Six of Six Million

2. The Lost / Daniel Mendelsohn : A search for six of six million daniel-mendelsohn

3. The Lost / Daniel Mendelsohn : A search for six of six million daniel-mendelsohn

4. The Lost / Daniel Mendelsohn : A search for six of six million daniel-mendelsohn