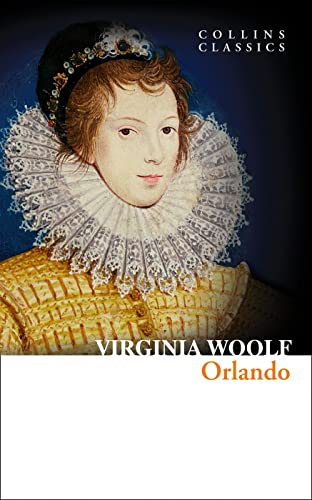 WITH INTRODUCTIONS BY PETER ACKROYD AND MARGARET REYNOLDS

As his tale begins, Orlando is a passionate young nobleman whose days are spent in rowdy revelry, filled with the colourful delights of Queen Elizabeth's court. By the close, he will have transformed into a modern, thirty-six-year-old woman and three centuries will have passed. Orlando will not only witness the making of history from its edge, but will find that his unique position as a woman who knows what it is to be a man will give him insight into matters of the heart.

The Vintage Classics Virginia Woolf series has been curated by Jeanette Winterson and Margaret Reynolds, and the texts used are based on the original Hogarth Press editions published by Leonard and Virginia Woolf.

Description du livre HarperCollins Publishers, United Kingdom, 2015. Paperback. Etat : New. Language: English. Brand new Book. HarperCollins is proud to present its new range of best-loved, essential classics. 'The flower bloomed and faded. The sun rose and sank. The lover loved and went. And what the poets said in rhyme, the young translated into practice.' Written for her lover Vita Sackville-West, 'Orlando' is Woolf's playfully subversive take on a biography, here tracing the fantastical life of Orlando. As the novel spans centuries and continents, gender and identity, we follow Orlando's adventures in love - from being a lord in the Elizabethan court to a lady in 1920s London. First published in 1928, this tale of unrivalled imagination and wit quickly became the most famous work of women's fiction. Sexuality, destiny, independence and desire - all come to the fore in this highly influential novel that heralded a new era in women's writing. N° de réf. du vendeur AA89780007558087