Patterns of Life: Biogeography of a Changing World 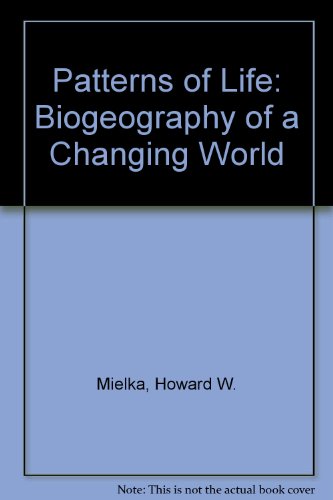 This is an introductory text to biogeography. The contents are arranged into four main parts. Part one deals with the Earth's physical processes and energy cycles, eg lunar and circadian patterns. Part two covers the evolution and development of the biosphere. Here, theories and evidence for the generation of the Earth's atmosphere and interactions between early organisms and the environment are covered. This is followed by sections on continental drift and its impact on flora and fauna along with a description of ice age events and their biogeographic implications. Part three provides examinations of varying situations such as freshwater, marine, terrestrial, island and climatic environments. The concluding chapters of this section look at environments linked by animal migrations and coevolution, and the interactions of soils, plants, animals and their products in functioning communities. Part four deals with the impact of mankind on the planet. Key aspects discussed here include the influence of agriculture, petroleum and petrochemicals, the creation and extermination of plants and animals, and urban industrial development on the evolution of patterns of life on our world.

1. Patterns of Life : Biogeography of a Changing World

Description du livre Etat : Good. Former Library book. Shows some signs of wear, and may have some markings on the inside. N° de réf. du vendeur GRP102055563

2. Patterns of Life: Biogeography of a Changing World