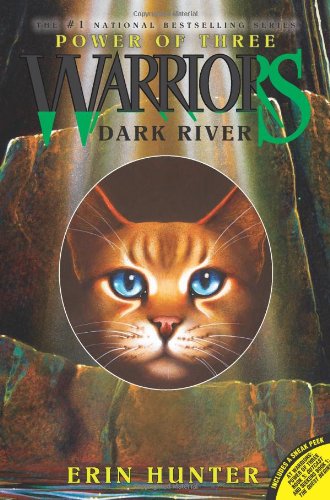 The three children of Squirrelflight and Brambleclaw, grandchildren of the great leader Firestar, have thrived in their apprenticeships: Lionpaw's strength and energy serve him well as a warrior in training, Hollypaw hones her understanding of the warrior code, and Jaypaw explores his mysterious powers and connection to StarClan as the medicine cat apprentice.

With more experience comes both power and danger: Lionpaw makes a friendship—and a discovery—that must be kept hidden; Jaypaw learns a secret that could benefit ThunderClan by damaging others; and Hollypaw knows something that could avert a battle, if she could convince the rest of her Clan.

The three are torn apart as each discovers darkness: in themselves, in the Clans, and in the past. And, as conflict begins over what it means to be a warrior, rising tensions threaten to overflow, washing away the peace that has existed for many moons.

Lionpaw, Hollypaw, and Jaypaw—grandchildren of the Clan leader Firestar—are thriving as the newest ThunderClan apprentices. Yet with their new responsibilities come new experiences, new power . . . and secret dangers.

Lionpaw makes a friend—and a discovery—that must be kept hidden; Jaypaw learns a secret that could benefit ThunderClan only by bringing harm to others; and Hollypaw knows something that could avert a battle, if only she could convince the rest of her Clan. Prophecy looms, ominous forces threaten to tear them apart, and each young cat discovers darkness: in the past, in the Clans—and in themselves.