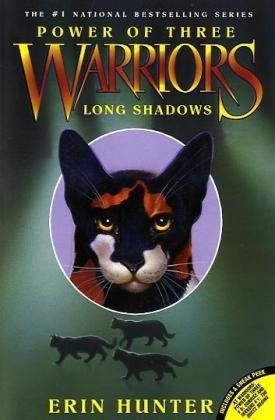 The Clans are in turmoil. ShadowClan has turned its back on StarClan and pledged to follow the dark predictions of Sol, the strange cat who foretold the solar eclipse. But not all the cats have lost faith in their warrior ancestors. . . .

Jaypaw is convinced that StarClan still holds an important place in the warrior code, and his search for answers leads him far back into the past, farther back than even StarClan can remember. Lionblaze, tortured by violent dreams and bloody visions, wishes he had never been prophesied to be one of the three but to turn his back on his littermates would be the ultimate betrayal. And Hollyleaf is terrified that once the Clans lose their faith, the warrior code will fall apart. She's willing to fight tooth and nail to preserve it—whatever the cost.

And when murder stalks into the heart of ThunderClan, the cats realize that the darkest shadows don't always lie outside the territory.

Erin Hunter is inspired by a love of cats and a fascination with the ferocity of the natural world. As well as having great respect for nature in all its forms, Erin enjoys creating rich mythical explanations for animal behavior. She is also the author of the bestselling Seekers and Survivors series.