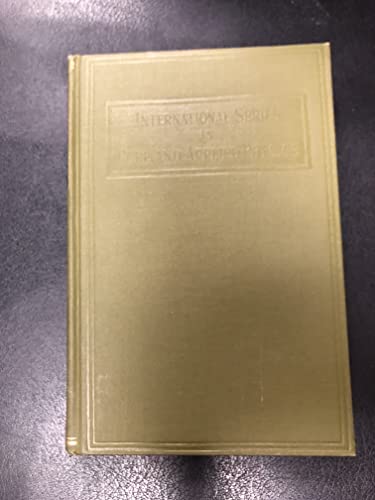 Hardback, ex-library, with usual stamps and markings,in fair all round condition, suitable as a study copy. Ships within 24 hours.

First published in 1941, Julius Stratton′s classic Electromagnetic Theory has been a mainstay for generations of students, researchers, and scientists. This classic reissue of the original features a Foreword to the Classic Reissue by Dr. Donald G. Dudley that details the book′s contribution to the field and an introductory biography by Dr. Paul E. Gray, former MIT President and colleague of Dr. Stratton.

This respected and frequently cited text remains as useful and relevant as ever, with areas of particular interest to today′s students and researchers that include:

The IEEE Press Series on Electromagnetic Wave Theory offers outstanding coverage of the field. It consists of new titles of contemporary interest as well as reissues and revisions of recognized classics by established authors and researchers. The series emphasizes works of long–term archival significance in electromagnetic waves and applications. Designed especially for graduate students, researchers, and practicing engineers, the series provides affordable volumes that explore and explain electromagnetics waves beyond the undergraduate level.

JULIUS ADAMS STRATTON (1901 1994) had an SB, 1923, and SM, 1926, in electrical engineering, Massachusetts Institute of Technology; an ScD in mathematical physics, 1928, Eidgenossiche Technische Hochshule, Zurich, Switzerland; and was the eleventh president of MIT. Much of his research at MIT focused on the propagation of short electromagnetic waves. During World War II, he worked on the development of LORAN (Long Range Navigation) for planes and ships. He served as a consultant to Secretary of War Henry L. Stimson and chaired committees to improve all–weather flying systems and ground radar, fire control, and radar bombing equipment. He also helped plan the use of radar in the Normandy invasion. He was awarded the Medal of Merit for his services. He became MIT′s first chancellor in 1956, acting president in 1957, and president in 1959. At his retirement in 1966, he was elected a life member of the MIT Corporation. A trustee of the Ford Foundation from 1955 1971, he served as its chairman from 1966 to 1971.