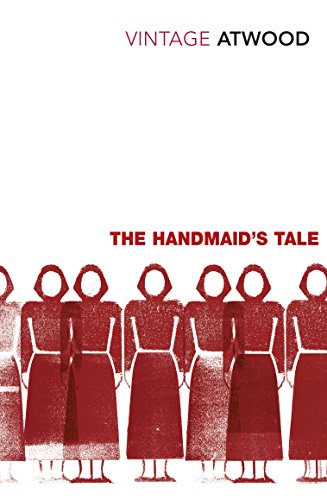 Offred is a Handmaid in the Republic of Gilead. She has only one function: to breed. If she deviates, she will, like dissenters, be hanged at the wall or sent out to die slowly of radiation sickness. But even a repressive state cannot obliterate desire - neither Offred's nor that of the two men on which her future hangs.

And so the tale unfolds.

Margaret Atwood is the author of more than fifty books of fiction, poetry and critical essays. Her novels include Cat's Eye, The Robber Bride, Alias Grace, The Blind Assassin and the MaddAddam trilogy. Her 1985 classic, The Handmaid's Tale, went back into the bestseller charts with the election of Donald Trump, when the Handmaids became a symbol of resistance against the disempowerment of women, and with the 2017 release of the award-winning Channel 4 TV series.

Atwood has won numerous awards including the Booker Prize, the Arthur C. Clarke Award for Imagination in Service to Society, the Franz Kafka Prize, the Peace Prize of the German Book Trade and the PEN USA Lifetime Achievement Award. In 2019 she was made a member of the Order of the Companions of Honour for services to literature. She has also worked as a cartoonist, illustrator, librettist, playwright and puppeteer. She lives in Toronto, Canada.

The Handmaid's Tale: the book that inspired the hit TV series and BBC Between the Covers Big Jubilee Read (Paperback)

Description du livre Paperback. Etat : New. Language: English. Brand new Book. ** THE SUNDAY TIMES NO. 1 BESTSELLER **Discover the dystopian novel that started a phenomenon before you read the Booker Prize-winning sequel The Testaments.NOW AN AWARD-WINNING TV SERIES STARRING ELISABETH MOSSOffred is a Handmaid in The Republic of Gilead, a religious totalitarian state in what was formerly known as the United States. She is placed in the household of The Commander, Fred Waterford - her assigned name, Offred, means 'of Fred'. She has only one function: to breed. If Offred refuses to enter into sexual servitude to repopulate a devastated world, she will be hanged. Yet even a repressive state cannot eradicate hope and desire. As she recalls her pre-revolution life in flashbacks, Offred must navigate through the terrifying landscape of torture and persecution in the present day, and between two men upon which her future hangs. Masterfully conceived and executed, this haunting vision of the future places Margaret Atwood at the forefront of dystopian fiction. 'A fantastic, chilling story. And so powerfully feminist' Bernadine Evaristo, author of GIRL, WOMAN, OTHER'This novel seems ever more vital in the present day' ObserverREAD THE TESTAMENTS, THE BOOKER PRIZE-WINNING SEQUEL TO THE HANDMAID'S TALE, TODAY. N° de réf. du vendeur AAZ9780099511663

Description du livre Etat : New. Offred is a Handmaid in the Republic of Gilead. She has only one function: to breed. If she deviates, she will, like dissenters, be hanged at the wall or sent out to die slowly of radiation sickness. But even a repressive state cannot obliterate desire - neither Offred's nor that of the two men on which her future hangs. Num Pages: 336 pages. BIC Classification: FA. Category: (G) General (US: Trade). Dimension: 197 x 130 x 21. Weight in Grams: 238. N° de réf. du vendeur 9780099511663

Description du livre Etat : New. Offred is a Handmaid in the Republic of Gilead. She has only one function: to breed. If she deviates, she will, like dissenters, be hanged at the wall or sent out to die slowly of radiation sickness. But even a repressive state cannot obliterate desire - neither Offred's nor that of the two men on which her future hangs. Num Pages: 336 pages. BIC Classification: FA. Category: (G) General (US: Trade). Dimension: 197 x 130 x 21. Weight in Grams: 238. Books ship from the US and Ireland. N° de réf. du vendeur 9780099511663