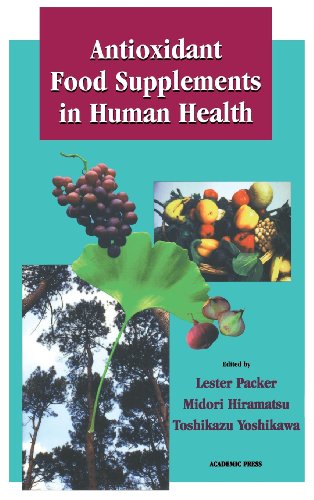 Lester Packer received a PhD in Microbiology and Biochemistry in 1956 from Yale University. In 1961, he joined the University of California at Berkeley serving as Professor of Cell and Molecular Biology until 2000, and then was appointed Adjunct Professor, Pharmacology and Pharmaceutical Sciences, School of Pharmacy at the University of Southern California.

Dr Packer received numerous distinctions including three honorary doctoral degrees, several distinguished Professor appointments. He was awarded Chevalier de l’Ordre National du Merite (Knight of the French National Order of Merit) and later promoted to the rank of Officier. He served as President of the Society for Free Radical Research International (SFRRI), founder and Honorary President of the Oxygen Club of California.

He has edited numerous books and published research; some of the most cited articles have become classics in the field of free radical biology:

Dr Packer is a member of many professional societies and editorial boards. His research elucidated - the Antioxidant Network concept. Exogenous lipoic acid was discovered to be one of the most potent natural antioxidants and placed as the ultimate reductant or in the pecking order of the “Antioxidant Network regenerating vitamins C and E and stimulating glutathione synthesis, thereby improving the overall cellular antioxidant defense. The Antioxidant Network is a concept addressing the cell’s redox status. He established a world-wide network of research programs by supporting and co-organizing conferences on free radical research and redox biology in Asia, Europe, and America.

Antioxidant Food Supplements in Human Health discusses new discoveries in the areas of oxygen and nitric oxide metabolism and pathophysiology, redox regulation and cell signaling, and the identification of natural antioxidants and their mechanisms of action on free radicals and their role in health and disease.

An essential resource for researchers, students, and professionals in food science and nutrition, gerontology, physiology, pharmacology, and related areas.