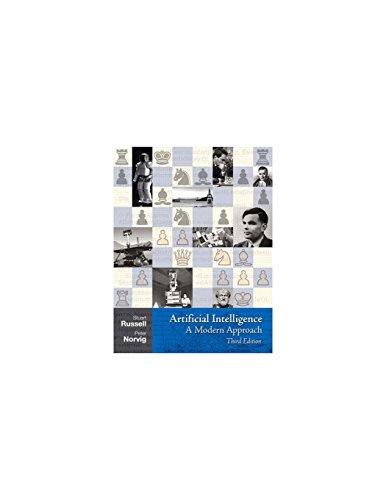 Stuart Russell was born in 1962 in Portsmouth, England. He received his B.A. with first-class honours in physics from Oxford University in 1982, and his Ph.D. in computer science from Stanford in 1986. He then joined the faculty of the University of California at Berkeley, where he is a professor of computer science, director of the Center for Intelligent Systems, and holder of the Smith–Zadeh Chair in Engineering. In 1990, he received the Presidential Young Investigator Award of the National Science Foundation, and in 1995 he was cowinner of the Computers and Thought Award. He was a 1996 Miller Professor of the University of California and was appointed to a Chancellor’s Professorship in 2000. In 1998, he gave the Forsythe Memorial Lectures at Stanford University. He is a Fellow and former Executive Council member of the American Association for Artificial Intelligence. He has published over 100 papers on a wide range of topics in artificial intelligence. His other books include The Use of Knowledge in Analogy and Induction and (with Eric Wefald) Do the Right Thing: Studies in Limited Rationality.

Peter Norvig is currently Director of Research at Google, Inc., and was the director responsible for the core Web search algorithms from 2002 to 2005. He is a Fellow of the American Association for Artificial Intelligence and the Association for Computing Machinery. Previously, he was head of the Computational Sciences Division at NASA Ames Research Center, where he oversaw NASA’s research and development in artificial intelligence and robotics, and chief scientist at Junglee, where he helped develop one of the first Internet information extraction services. He received a B.S. in applied mathematics from Brown University and a Ph.D. in computer science from the University of California at Berkeley. He received the Distinguished Alumni and Engineering Innovation awards from Berkeley and the Exceptional Achievement Medal from NASA. He has been a professor at the University of Southern California and a research faculty member at Berkeley. His other books are Paradigms of AI Programming: Case Studies in Common Lisp and Verbmobil: A Translation System for Faceto-Face Dialog and Intelligent Help Systems for UNIX.

According to an article in The New York Times, the course on artificial intelligence is “one of three being offered experimentally by the Stanford computer science department to extend technology knowledge and skills beyond this elite campus to the entire world.” One of the other two courses, an introduction to database software, is being taught by Pearson authorDr. Jennifer Widom.

Artificial Intelligence: A Modern Approach, 3e is available to purchase as an eText for your Kindle™, NOOK™, and the iPhone®/iPad®.

Description du livre Etat : New. Brand new book. This is an international edition textbook with identical content as the US version. We ship all our orders from CA/IL, USA (depending on your address) and NOT from Asia! Buy with confidence from a 5-star US based seller. Choose expedited shipping for superfast delivery with tracking. N° de réf. du vendeur 9780136042594

Description du livre Pearson Education. Etat : New. Brand New, International Edition, ISBN, Cover, Binding and image may differ but contents similar to U.S. Edition, Printed in Black & White. End Chapter Exercises may differ. No CD/Access code. Legal to use despite any disclaimer. We ship to PO Box, addresses. .Choose Expedited Shipping for FASTER DELIVERY Printed in English. We may ship the books from multiple warehouses across the globe, including India depending upon the availability of inventory storage. In case of orders from Europe, custom charges may comply by the relevant government authority and we are not liable for it.100% Customer satisfaction guaranteed! Please feel free to contact us for any queries. Customer Satisfaction Guaranteed. N° de réf. du vendeur AU-651

Description du livre Pearson, 2009. Softcover. Etat : New. ***International Edition***Soft cover/Paperback*** Textbook printed in English. ***Brand New***. Most international edition has different ISBN and Cover design. Some book may show sales disclaimer such as "Not for Sale or Restricted in US" on the cover page but it is absolutely legal to use. All textbook arrives within 5-7business days. Please provides valid phone number with your order for easy delivery. N° de réf. du vendeur 9780136042594

Description du livre Pearson. soft cover. Etat : New. International Edition. No supplemental materials. International Editions may have a different cover or ISBN but generally have the exact same content as the US edition, just at a more affordable price. In some cases, end of chapter questions may vary slightly from the US edition. International Editions are typically printed in grayscale, and likely will not have any color throughout the book. New. Books ship from multiple locations depending on availability. All orders are shipped with tracking information. We take pride in our customer service. Please contact us if you have any questions regarding this listing. N° de réf. du vendeur 11632