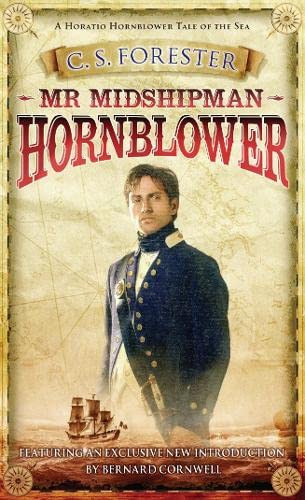 C.S Forester was born in Cairo in 1899, where his father was stationed as a government official. He studied medicine at Guy's Hospital, and after leaving Guy's without a degree he turned to writing as a career. On the outbreak of war he entered the Ministry of Information and later he sailed with the Royal Navy to collect material for The Ship. He made a voyage to the Bering Sea to gather material for a similar book on the United States Navy, and it was during this trip that he was stricken with arteriosclerosis, a disease which left him crippled. However, he continued to write and in the Hornblower novels created the most renowned sailor in contemporary fiction. He died in 1966.

1793, the eve of the Napoleonic Wars, and Midshipman Horatio Hornblower receives his first command ... As a seventeen-year-old with a touch of sea sickness, young Horatio Hornblower hardly cuts a dash in His Majesty’s navy. Yet from the moment he is ordered to board a French merchant ship in the Bay of Biscay and take command of crew and cargo, he proves his seafaring mettle on the waves. With a character-forming duel, several chases and some strange tavern encounters, the young Hornblower is soon forged into a formidable man of the sea. This is the first of eleven books chronicling the nautical adventures of C. S. Forester’s inimitable hero, Horatio Hornblower.