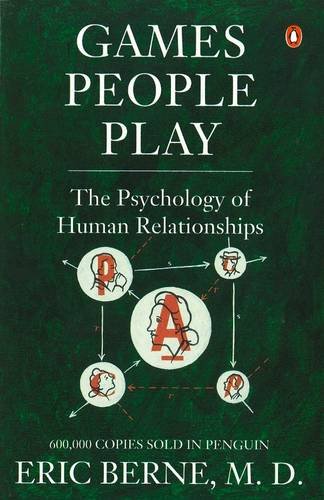 The bestselling Games People Play is the book that has helped millions of people understand the dynamics of relationships, by psychiatrist Eric Berne.We all play games. In every encounter with other people we are doing so. The nature of these games depends both on the situation and on who we meet.Eric Berne's classic Games People Play is the most accessible and insightful book ever written about the games we play: those patterns of behaviour that reveal hidden feelings and emotions. Wise and witty, it shows the underlying motivations behind our relationships and explores the roles that we try to play - and are forced to play.Games People Play gives you the keys to unlock the psychology of others - and yourself. You'll become more honest, more effective, and a true team player.'A brilliant, amusing, and clear catalogue of the psychological theatricals that human beings play over and over again' Kurt VonnegutEric Berne was a prominent psychiatrist and bestselling author.After inventing his groundbreaking Transactional Analysis, he continued to develop and apply this new methodology leading him to publish Games People Play. This became a runaway success and Berne leaves a remarkable legacy of over 30 other books and articles, as well as the founding of the International Transactional Analysis Association.Dr Berne's other works include Principles of Group Treatment, A Layman's Guide to Psychiatry and Psychoanalysis', and What Do You Say After You Say Hello? He died in 1970.

In 1961, psychiatrist Eric Berne published a book with a very boring title, Transactional Analysis in Psychotherapy. It became the foundation work in its field, much referenced, and was a reasonable seller. Three years later he published a sequel based on the same concepts but with a more colloquial feel. With its brilliant title and witty, amusing categories of human motivation, Games People Play was bound to attract more attention. Sales for the initial print run of 3,000 copies were slow, but two years later, thanks mostly to word of mouth and some modest advertising, the book had sold 300,000 copies in hardback. It spent two years on the New York Times bestseller list (unusual for a non-fiction book) and, creating a template for future writers who suddenly got wealthy by writing a pop psychology bestseller, the 50-something Berne bought a new house and a Maserati, and remarried.