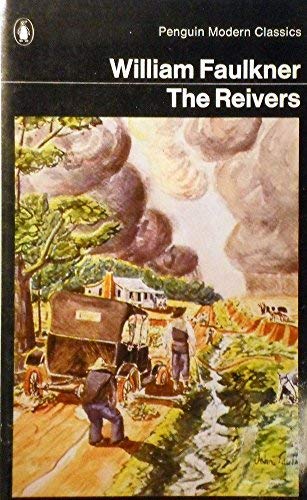 Born in 1897 in New Albany, Mississippi, William Faulkner was the son of a family proud of their prominent role in the history of the south. He grew up in Oxford, Mississippi, and left high school at fifteen to work in his grandfather's bank.

Rejected by the US military in 1915, he joined the Canadian flyers with the RAF, but was still in training when the war ended. Returning home, he studied at the University of Mississippi and visited Europe briefly in 1925.

His first poem was published in The New Republic in 1919. His first book of verse and early novels followed, but his major work began with the publication of The Sound and the Fury in 1929. As I Lay Dying (1930), Sanctuary (1931), Light in August (1932), Absalom, Absalom! (1936) and The Wild Palms (1939) are the key works of his great creative period leading up to Intruder in the Dust (1948). During the 1930s, he worked in Hollywood on film scripts, notably The Blue Lamp, co-written with Raymond Chandler.

William Faulkner was awarded the Nobel Prize for Literature in 1949 and the Pulitzer Prize for The Reivers just before his death in July 1962.

With THE REIVERS Faulkner offers the reader high comedy in a tale of three Mississippi travellers in Memphis. Set in the first years of this century, the book explores the contradictions of a society at the crossroads of the modern age, traditional but still vigourous, combining old-world politeness with brutality.

Description du livre Etat : Good. A+ Customer service! Satisfaction Guaranteed! Book is in Used-Good condition. Pages and cover are clean and intact. Used items may not include supplementary materials such as CDs or access codes. May show signs of minor shelf wear and contain limited notes and highlighting. N° de réf. du vendeur 0140029931-2-4

Description du livre Paperback. Etat : Very Good. Faulkner offers the reader high comedy in a tale of three Mississippi travellers in Memphis. The book has been read, but is in excellent condition. Pages are intact and not marred by notes or highlighting. The spine remains undamaged. N° de réf. du vendeur GOR001366631

Description du livre Paperback. Etat : Good. Faulkner offers the reader high comedy in a tale of three Mississippi travellers in Memphis. The book has been read but remains in clean condition. All pages are intact and the cover is intact. Some minor wear to the spine. N° de réf. du vendeur GOR002053074