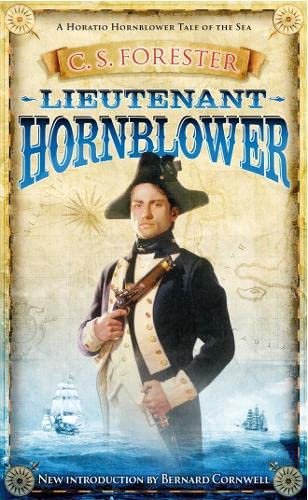 The nineteenth century dawns and the Napoleonic Wars rage as Horatio Hornblower faces the fury of the French and Spanish fleets combined. Amidst the hissing of wet wads, the stifling heat of white-hot cannonshot and the clamour of a mutinous crew, new Lieutenant Hornblower will need all of his seafaring cunning to overcome his first challenge in independent command on the high seas. And while blood and violence flow thick and fast aboard a beleaguered HMS Renown, the aftermath of war promises intrigue of an entirely different order: Maria, a young señorita, who might just soften the steely resolve of a young lieutenant. This is the second of eleven books chronicling the adventures of C. S. Forester’s inimitable nautical hero, Horatio Hornblower.

C.S Forester was born in Cairo in 1899, where his father was stationed as a government official. He studied medicine at Guy's Hospital, and after leaving Guy's without a degree he turned to writing as a career. On the outbreak of war he entered the Ministry of Information and later he sailed with the Royal Navy to collect material for The Ship. He made a voyage to the Bering Sea to gather material for a similar book on the United States Navy, and it was during this trip that he was stricken with arteriosclerosis, a disease which left him crippled. However, he continued to write and in the Hornblower novels created the most renowned sailor in contemporary fiction. He died in 1966.