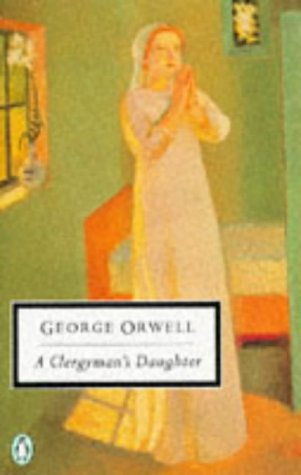 Eric Arthur Blair (George Orwell) was born in 1903 in India, where his father worked for the Civil Service. The family moved to England in 1907 and in 1917 Orwell entered Eton, where he contributed regularly to the various college magazines. From 1922 to 1927 he served with the Indian Imperial Police in Burma, an experience that inspired his first novel, Burmese Days (1934). Several years of poverty followed. He lived in Paris for two years before returning to England, where he worked successively as a private tutor, schoolteacher and bookshop assistant, and contributed reviews and articles to a number of periodicals. Down and Out in Paris and London was published in 1933. In 1936 he was commissioned by Victor Gollancz to visit areas of mass unemployment in Lancashire and Yorkshire, and The Road to Wigan Pier (1937) is a powerful description of the poverty he saw there. At the end of 1936 Orwell went to Spain to fight for the Republicans and was wounded. Homage to Catalonia is his account of the civil war. He was admitted to a sanatorium in 1938 and from then on was never fully fit. He spent six months in Morocco and there wrote Coming Up for Air. During the Second World War he served in the Home Guard and worked for the BBC Eastern Service from 1941 to 1943. As literary editor of the Tribune he contributed a regular page of political and literary commentary, and he also wrote for the Observer and later for the Manchester Evening News. His unique political allegory, Animal Farm was published in 1945, and it was this novel, together with Nineteen Eighty-Four (1949), which brought him world-wide fame.George Orwell died in London in January 1950. A few days before, Desmond MacCarthy had sent him a message of greeting in which he wrote: 'You have made an indelible mark on English literature . . . you are among the few memorable writers of your generation.'

Intimidated by her father, the rector of Knype Hill, Dorothy performs her submissive roles of dutiful daughter and bullied housekeeper. Her thoughts are taken up with the costumes she is making for the church school play, by the hopelessness of preaching to the poor and by debts she cannot pay in 1930s Depression England. Suddenly her routine shatters and Dorothy finds herself down and out in London. She is wearing silk stockings, has money in her pocket and cannot remember her name. Orwell leads us through a landscape of unemployment, poverty and hunger, where Dorothy's faith is challenged by a social reality that changes her life.

Description du livre Paperback. Etat : Fair. A readable copy of the book which may include some defects such as highlighting and notes. Cover and pages may be creased and show discolouration. N° de réf. du vendeur GOR002415241

Description du livre Paperback. Etat : Very Good. The book has been read, but is in excellent condition. Pages are intact and not marred by notes or highlighting. The spine remains undamaged. N° de réf. du vendeur GOR001611904

Description du livre Penguin Classics 25/01/1990, 1990. Etat : Very Good. This book is in very good condition and will be shipped within 24 hours of ordering. The cover may have some limited signs of wear but the pages are clean, intact and the spine remains undamaged. This book has clearly been well maintained and looked after thus far. Money back guarantee if you are not satisfied. See all our books here, order more than 1 book and get discounted shipping. . N° de réf. du vendeur 7719-9780140182255

Description du livre Penguin Classics, 1990. Soft cover. Etat : Good. slight tanning/staining to page edges, but otherwise very good; **PLEASE NOTE** that there may be a surcharge to pay for international postage (at cost) on this item: we'll advise you of the amount when you order, and you will have the option of accepting or cancelling at that point. N° de réf. du vendeur 04296

Description du livre Penguin Classics, 1990. Paperback. Etat : Good. A slight tan to page edges Good condition is defined as: a copy that has been read but remains in clean condition. All of the pages are intact and the cover is intact and the spine may show signs of wear. The book may have minor markings which are not specifically mentioned. Most items will be dispatched the same or the next working day. N° de réf. du vendeur wbb0014988178