The Painter of Signs 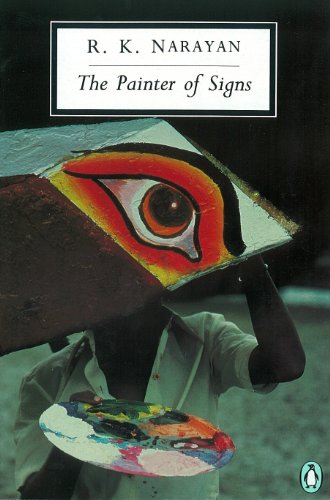 R.K. Narayan was born in Madras, South India, in 1906, and educated there and at Maharaja's College in Mysore. His first novel, Swami and Friends and its successor, The Bachelor of Arts, are both set in the enchanting fictional territory of Malgudi and are only two out of the twelve novels he based there. In 1958 Narayan's work The Guide won him the National Prize of the Indian Literary Academy, his country's highest literary honor. In addition to his novels, Narayan has authored five collections of short stories, including A Horse and Two Goats, Malguidi Days, and Under the Banyan Tree, two travel books, two volumes of essays, a volume of memoirs, and the re-told legends Gods, Demons and Others, The Ramayana, and the Mahabharata. In 1980 he was awarded the A.C. Benson Medal by the Royal Society of Literature and in 1982 he was made an Honorary Member of the American Academy and Institute of Arts and Letters. Narayan died in 2001.

In this wry, funny, bittersweet story, love gets in the way of progress when Raman, a sign painter, meets the thrillingly independent Daisy, who wishes to bring birth control to the city of Malgudi.

1. The Painter of Signs