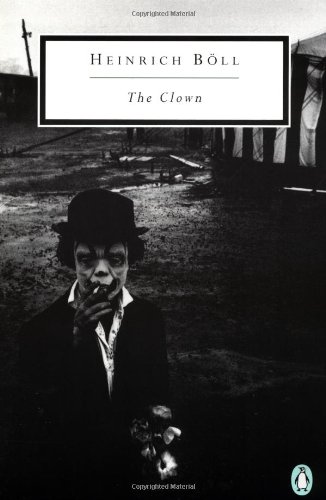 "Melville House has now reissued handsome paperbacks of three of Böll's most important novels, and in each we find the 1972 Nobel Prize winner, with a humanist's skepticism and tenderness, refusing to allow his fellow Germans to forgive themselves and move on.... [In The Clown] the abstractions of existentialism are manifested in vivid flesh-and-blood characters."
—Sam Sacks, The Wall Street Journal

“Böll is an expert marksman: the arrows are sharp, the feathers smooth, the targets numerous.”
—The New York Times

"His work reaches the highest level of creative originality and stylistic perfection."
—The Daily Telegraph

"The renewal of German literature, to which Heinrich Böll's achievements witness, and of which they are a significant part, is not an experiment with form. Instead it is a rebirth out of annihilation, a resurrection, a culture which, ravaged by icy nights and condemned to extinction, sends up new shoots, blossoms, and matures to the joy and benefit of us all."
—The Nobel Prize Committee

“A man of deep feeling and intelligence, speaking in a strongly contemporary voice, [Böll] recorded in his early stories the way it felt to come home to a destroyed country. The tone was neither angry, ironic nor surreal. On the contrary, these stories gave us the slow-moving thoughtfulness of a narrator in pain, walking about on a lunar landscape, knowing he must make sense of things more quickly than he is able to do.”
—Vivian Gornick, The New York Times

In 1972, Heinrich Böll became the first German to win the Nobel Prize for literature since Thomas Mann in 1929. Born in Cologne, in 1917, Böll was reared in a liberal Catholic, pacifist family. Drafted into the Wehrmacht, he served on the Russian and French fronts and was wounded four times before he found himself in an American prison camp. After the war he enrolled at the University of Cologne, but dropped out to write about his shattering experiences as a soldier. His first novel, The Train Was on Time, was published in 1949, and he went on to become one of the most prolific and important of post-war German writers. His best-known novels include Billiards at Half-Past Nine (1959), The Clown (1963), Group Portrait with Lady (1971), and The Safety Net (1979). In 1981 he published a memoir, What’s to Become of the Boy? or: Something to Do with Books. Böll served for several years as the president of International P.E.N. and was a leading defender of the intellectual freedom of writers throughout the world. He died in June 1985.

Scott Esposito is a critic and the editor of The Quarterly Conversation, a quarterly web magazine of book reviews and essays. He has written for many newspapers and magazines, including the Los Angeles Times, Words Without Borders, and the Barnes & Noble Review.