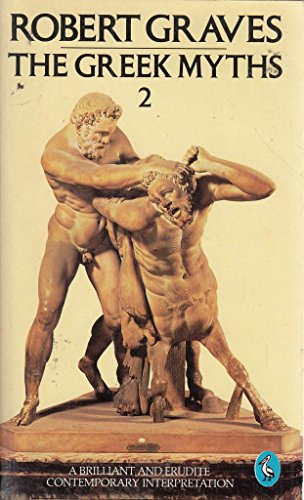 Classicist and poet Robert Graves's superb two-volume retelling of the Greek myths for a modern audience has been regarded for over fifty years as the definitive version. Drawing on the entire canon of ancient literature, Graves weaves together all the elements of every myth into a single harmonious narrative. Ideal for the first time reader, it is also accompanied by commentaries, cross-references, variants and explanations that make it equally valuable as a work of scholarly reference. The result is a dazzling and comprehensive account of the gods and monsters, the heroic feats and appalling tragedies of ancient Greece, many of them among the greatest stories ever told. Included in this first volume are the great creation myths, the heroic tales of Perseus and Theseus, the tragedies of Orpheus and Icarus, the stories of the gods Aphrodite, Hermes, Apollo and Dionysus, as well as many, many others.

Robert Graves was born in 1895 in Wimbledon. He went from school to the First World War, where he became a captain in the Royal Welch Fusiliers and was seriously wounded at the Battle of the Somme. He wrote his autobiography, Goodbye to All That, in 1929, and it was soon established as a modern classic. He died on 7 December 1985 in Majorca, his home since 1929.