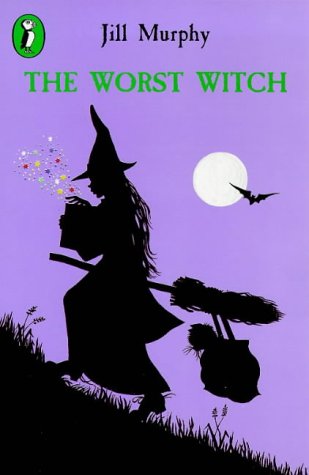 Jill Murphy was born in London in 1949. From a very early age she was drawing and writing stories, and was already putting books together (literally, with a stapler) by the time she was six. She went on to study at Chelsea, Croydon and Camberwell Schools of Art. Jill worked in a children's home for four years and as a nanny for a year, before becoming a freelance writer and illustrator. The Worst Witch stories, of which this is the first, are some of Puffin's most successful titles.