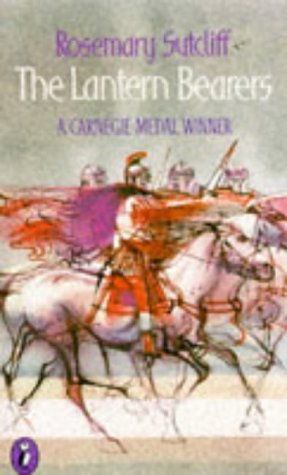 The last of the Roman army have set sail and left Britain for ever, abandoning it to civil war and the threat of a Saxon invasion. Aquila deserts his regiment to return to his family, but his home and all that he loves are destroyed. Years of hardship and fighting follow and in the end there is only one thing left in Aquila's life - his thirst for revenge . . . Rosemary Sutcliff's books about Roman Britain have won much acclaim and the first in the trilogy, The Eagle of the Ninth, has now sold over a million copies worldwide. The author writes with such passion and with such attention to detail that the Roman age is instantly brought to life and stays with the reader long after the last page has been turned.

This is historical fiction at its best. Post Roman Britain comes alive in this novel. The characters are all believable and no matter how small a part they play they are complete-as is the plot-no strands are left loose. (The Historicals Novels Review)

Description du livre Mass Market Paperback. Etat : GOOD. Spine creases, wear to binding and pages from reading. May contain limited notes, underlining or highlighting that does affect the text. Possible ex library copy, will have the markings and stickers associated from the library. Accessories such as CD, codes, toys, may not be included. NḞ de réf. du vendeur 3242963292

Description du livre Etat : Good. Shows some signs of wear, and may have some markings on the inside. NḞ de réf. du vendeur 3126178-6

Description du livre Etat : Good. A+ Customer service! Satisfaction Guaranteed! Book is in Used-Good condition. Pages and cover are clean and intact. Used items may not include supplementary materials such as CDs or access codes. May show signs of minor shelf wear and contain limited notes and highlighting. NḞ de réf. du vendeur 0140312226-2-4

Description du livre Mass Market Paperback. Etat : Used; Acceptable. Dispatched, from the UK, within 48 hours of ordering. The book is perfectly readable and fit for use, although it shows signs of previous ownership. The spine is likely creased and the cover scuffed or slightly torn. Textbooks will typically have an amount of underlining and/or highlighting, as well as notes. If this book is over 5 years old, then please expect the pages to be yellowing or to have age spots. Aged book. Tanned pages and age spots, however, this will not interfere with reading. Grubby book may have mild dirt or some staining, mostly on the edges of pages. NḞ de réf. du vendeur CHL6646725

Description du livre Etat : Good. Ships from the UK. Former Library book. Shows some signs of wear, and may have some markings on the inside. NḞ de réf. du vendeur GRP32017653

Description du livre Mass Market Paperback. Etat : Very Good +. Please email us if you would like further information or if you would like us to send you a picture of the book. Thanks for looking! Size: 16mo - over 5ẅ" - 6ẅ" tall. NḞ de réf. du vendeur 021568

Description du livre Etat : Very Good. Shipped within 24 hours from our UK warehouse. Clean, undamaged book with no damage to pages and minimal wear to the cover. Spine still tight, in very good condition. Remember if you are not happy, you are covered by our 100% money back guarantee. NḞ de réf. du vendeur 6545-9780140312225