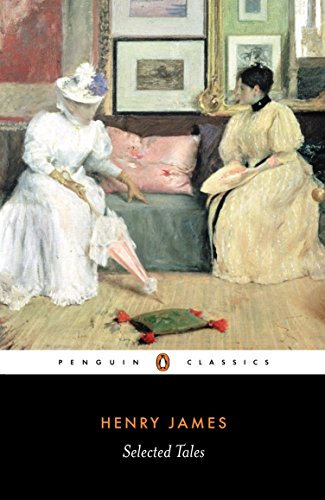 Throughout his life, Henry James was drawn to the short story form for the freedom and variety it offered. The nineteen stories in this selection span James's career, from brief tales to longer works, all exploring his concerns with the old world and the new, money, fame and art. Daisy Miller', the work that first brought him fame, depicts a bold, unsophisticated American girl abroad, and In the Cage' portrays a young telegraphist's romantic fantasies about customers who send telegrams from her post office. In The Birthplace' a Stratford tour guide embellishes the Shakespeare legend, while in the late masterpiece The Jolly Corner', an elderly American returns from Europe and encounters a strange apparition. Haunting, witty and beautifully drawn, James's tales are as complex and resonant as his novels.

Henry James (1843-1916) was born in New York and settled in Europe in 1875. He was a regular contributor of reviews, critical essays, and short stories to American periodicals. He is best known for his many novels of American and European character, including 'The Portrait of a Lady' (1881) and 'The Wings of the Dove' (1902). John Lyon is Senior Lecturer in English at the University of Bristol. He has published on the novel and contemporary poetry and edited 'The Sacred Fount' for Penguin.