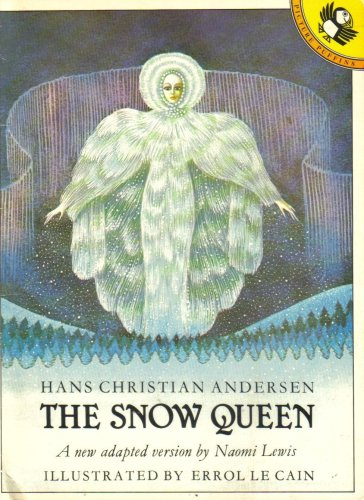 WHICH HAS TO DO WITH A MIRROR AND ITS FRAGMENTS

Now then! We will begin. When the story is done you shall know a great deal more than you do now.
He was a terribly bad hobgoblin, a goblin of the very wickedest sort and, in fact, he was the devil himself. One day the devil was in a very good humour because he had just finished a mirror which had this peculiar power: everything good and beautiful that was reflected in it seemed to dwindle to almost nothing at all, while everything that was worthless and ugly became most conspicuous and even uglier than ever. In this mirror the loveliest landscapes looked like boiled spinach, and the very best people became hideous, or stood on their heads and had no stomachs. Their faces were distorted beyond any recognition, and if a person had a freckle it was sure to spread until it covered both nose and mouth.
‘That’s very funny!’ said the devil. If a good, pious thought passed through anyone’s mind, it showed in the mirror as a carnal grin, and the devil laughed aloud at his ingenious invention.
All those who went to the hobgoblin’s school – for he had a school of his own – told everyone that a miracle had come to pass. Now, they asserted, for the very first time you could see how the world and its people really looked. They scurried about with the mirror until there was not a person alive nor a land on earth that had not been distorted.

Hans Christian Andersen was a Danish author best known for writing children's stories including "The Little Mermaid" and "The Ugly Duckling." But he didn't just write short stories, and his intended audience wasn't restricted to children. In addition to his fairy tales, Andersen wrote poems, plays, novels, travel books, essays, and more. He hungered for recognition at home (Denmark) and abroad—and he got it! Eventually. Today, his stories can be read in over one hundred languages. But no matter what language they're in, Andersen's tales have got something for everyone. In them, you'll find beauty, tragedy, nature, religion, artfulness, deception, betrayal, love, death, judgment, penance, and—occasionally—a happy ending. They're complex tales, but since Andersen himself was pretty complex, we like to think that art imitates life. Or something like that. "The Snow Queen" is an original fairy tale written by Hans Christian Andersen The story centers on the struggle between good and evil as experienced by Gerda and her friend, Kai. The story is one of Andersen's longest and most highly acclaimed stories. It is regularly included in selected tales and collections of his work and is frequently reprinted in illustrated storybook editions for children. Includes vintage illustration!