Articles liés ŕ The Return of the Native

Hardy, Thomas The Return of the Native

The Return of the Native 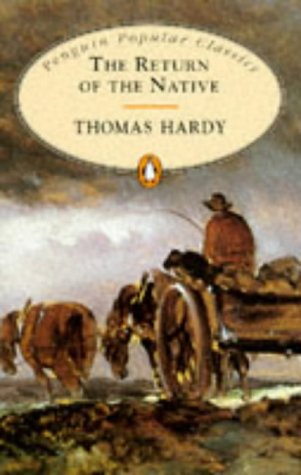 "Throbs with a very Victorian sense of geologies, pre-histories and even astronomy; you can feel the planet moving under the feet" (Daily Telegraph)

"Besides my complete identification with its heroine, I loved the sheer relentless power of the writing. What other writer would start a novel with six solid pages of description without introducing a single character? Like D H Lawrence, Hardy isn't to everyone's taste: too much blighted love and atheistic pessimism. To me, ensconced in a convent thick with incense, confession and church twice on Sundays, a little atheistic pessimism was a welcome antidote" (Maeve Haran, Independent)

"Most of Hardy's novels, and particularly the early ones, have a Shakespearean power of creating a unique world and climate of being . . . The Return of the Native is . . . thoughtful, valedictory, poetic, tinged with the somberness of an uncertainty which seems to well up from the depths of the author's own subconscious . . . Hardy's sense of the tragic life of human beings, mere small fragments of consciousness in a vast uncaring universe, comes directly from his own youthful awareness of the place and circumstances described in the novel" (John Bayley)

Thomas Hardy was born on 2 June 1840. His father was a stonemason. He was brought up near Dorchester and trained as an architect. In 1868 his work took him to St Juliot's church in Cornwall where he met his wife-to-be, Emma. His first novel, The Poor Man and the Lady, was rejected by publishers but Desperate Remedies was published in 1871 and this was rapidly followed by Under the Greenwood Tree (1872), A Pair of Blue Eyes (1873) and Far from the Madding Crowd (1874). He also wrote many other novels, poems and short stories. Tess of the D'Urbervilles was published in 1891. His final novel was Jude the Obscure (1895). Hardy was awarded the Order of Merit in 1920 and the gold medal of the Royal Society of Literature in 1912. His wife died in 1912 and he later married his secretary. Thomas Hardy died 11 January 1928.

1. Return Of The Native Hardy, Thomas