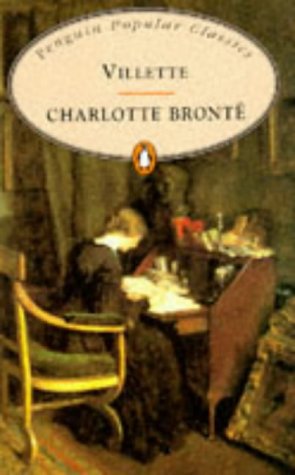 My godmother lived in a handsome house in the clean and ancient town of Bretton. Her husband's family had been residents there for generations, and bore, indeed, the name of their birthplace—Bretton of Bretton: whether by coincidence, or because some remote ancestor had been a personage of sufficient importance to leave his name to his neighbourhood, I know not.

When I was a girl I went to Bretton about twice a year, and well I liked the visit. The house and its inmates specially suited me. The large peaceful rooms, the well-arranged furniture, the clear wide windows, the balcony outside, looking down on a fine antique street, where Sundays and holidays seemed always to abide—so quiet was its atmosphere, so clean its pavement—these things pleased me well.

One child in a household of grown people is usually made very much of, and in a quiet way I was a good deal taken notice of by Mrs. Bretton, who had been left a widow, with one son, before I knew her; her husband, a physician, having died while she was yet a young and handsome woman.

She was not young, as I remember her, but she was still handsome, tall, well-made, and though dark for an English-woman, yet wearing always the clearness of health in her brunette cheek, and its vivacity in a pair of fine, cheerful black eyes. People esteemed it a grievous pity that she had not conferred her complexion on her son, whose eyes were blue—though, even in boyhood, very piercing—and the colour of his long hair such as friends did not venture to specify, except as the sun shone on it, when they called it golden. He inherited the lines of his mother's features, however; also her good teeth, her stature (or the promise of her stature, for he was not yet full-grown), and, what was better, her health without flaw, and her spirits of that tone and equality which are better than a fortune to the possessor.

In the autumn of the year——I was staying at Bretton, my godmother having come in person to claim me of the kinsfolk with whom was at that time fixed my permanent residence. I believe she then plainly saw events coming, whose very shadow I scarce guessed; yet of which the faint suspicion sufficed to impart unsettled sadness, and made me glad to change scene and society.

Time always flowed smoothly for me at my godmother's side; not with tumultuous swiftness, but blandly, like the gliding of a full river through a plain. My visits to her resembled the sojourn of Christian and Hopeful beside a certain pleasant stream, with "green trees on each bank, and meadows beautified with lilies all the year round." The charm of variety there was not, nor the excitement of incident; but I liked peace so well, and sought stimulus so little, that when the latter came I almost felt it a disturbance, and wished rather it had still held aloof.

One day a letter was received of which the contents evidently caused Mrs. Bretton surprise and some concern. I thought at first it was from home, and trembled, expecting I know not what disastrous communication: to me, however, no reference was made, and the cloud seemed to pass.

The next day, on my return from a long walk, I found, as I entered my bedroom, an unexpected change. In addition to my own French bed in its shady recess, appeared in a corner a small crib, draped with white; and in addition to my mahogany chest of drawers, I saw a tiny rosewood chest. I stood still, gazed, and considered.

"Of what are these things the signs and tokens?" I asked. The answer was obvious. "A second guest is coming; Mrs. Bretton expects other visitors."

On descending to dinner, explanations ensued. A little girl, I was told, would shortly be my companion: the daughter of a friend and distant relation of the late Dr. Bretton's. This little girl, it was added, had recently lost her mother; though, indeed, Mrs. Bretton ere long subjoined, the loss was not so great as might at first appear. Mrs. Home (Home it seems was the name) had been a very pretty, but a giddy, careless woman, who had neglected her child, and disappointed and disheartened her husband. So far from congenial had the union proved, that separation at last ensued—separation by mutual consent, not after any legal process. Soon after this event, the lady having over-exerted herself at a ball, caught cold, took a fever, and died after a very brief illness. Her husband, naturally a man of very sensitive feelings, and shocked inexpressibly by too sudden communication of the news, could hardly, it seems, now be persuaded but that some over-severity on his part—some deficiency in patience and indulgence—had contributed to hasten her end. He had brooded over this idea till his spirits were seriously affected; the medical men insisted on travelling being tried as a remedy, and meanwhile Mrs. Bretton had offered to take charge of his little girl. "And I hope," added my godmother in conclusion, "the child will not be like her mamma; as silly and frivolous a little flirt as ever sensible man was weak enough to marry. For," said she, "Mr. Home is a sensible man in his way, though not very practical: he is fond of science, and lives half his life in a laboratory trying experiments—a thing his butterfly wife could neither comprehend nor endure; and indeed," confessed my godmother, "I should not have liked it myself."

In answer to a question of mine, she further informed me that her late husband used to say, Mr. Home had derived this scientific turn from a maternal uncle, a French savant: for he came, it seems, of mixed French and Scottish origin, and had connections now living in France, of whom more than one wrote de before his name, and called himself noble.

That same evening at nine o'clock, a servant was despatched to meet the coach by which our little visitor was expected. Mrs. Bretton and I sat alone in the drawing-room waiting her coming; John Graham Bretton being absent on a visit to one of his schoolfellows who lived in the country. My godmother read the evening paper while she waited; I sewed. It was a wet night; the rain lashed the panes, and the wind sounded angry and restless.

"Poor child!" said Mrs. Bretton from time to time. "What weather for her journey! I wish she were safe here."

A little before ten the door-bell announced Warren's return. No sooner was the door opened than I ran down into the hall; there lay a trunk and some bandboxes, beside them stood a person like a nurse girl, and at the foot of the staircase was Warren with a shawled bundle in his arms.

I would have opened the shawl, and tried to get a peep at the face, but it was hastily turned from me to Warren's shoulder.

"Put me down, please," said a small voice when Warren opened the drawing-room door, "and take off this shawl," continued the speaker, extracting with its minute hand the pin, and with a sort of fastidious haste doffing the clumsy wrapping. The creature which now appeared made a deft attempt to fold the shawl; but the drapery was much too heavy and large to be sustained or wielded by those hands and arms. "Give it to Harriet, please," was then the direction, "and she can put it away." This said, it turned and fixed its eyes on Mrs. Bretton.

Charlotte Brontë (1816–55) was the third of the three famous Brontë sisters. Along with their brother, they grew up in the isolated Yorkshire village of Haworth with no real schooling and little care. The Brontë sisters tried for ten years to make their living as governesses. Finding the occupation hateful, they decided to set up their own school. To prepare themselves, Charlotte and Emily set off for Brussels to learn French and German. Back in Haworth, Charlotte and her sisters published a volume of poems; though only two copies were sold, the Brontës were stimulated to attempt novels. Emily’s Wuthering Heights and Anne’s Agnes Grey found publishers, but Charlotte’s offering was returned with the suggestion she try again. The manuscript of her next novel, Jane Eyre, was accepted overnight and became an immediate success. Shirley, Villette, and The Professor complete the tally of her novels.

Adriana Trigiani is an award-winning playwright, television writer, and documentary filmmaker. Her books include the New York Times bestseller The Shoemaker’s Wife; the Big Stone Gap series; Very Valentine; Brava, Valentine; Lucia, Lucia; and the best-selling memoir Don’t Sing at the Table, as well as the young adult novels Viola in Reel Life and Viola in the Spotlight. She has written the screenplay for Big Stone Gap, which she will also direct. She lives in New York City with her husband and daughter.

Helen Benedict is the author of such novels as Sand Queen, A World Like This, Bad Angel, and The Sailor’s Wife. She is a professor at Columbia University, where she teaches writing and literature in the Graduate School of Journalism.