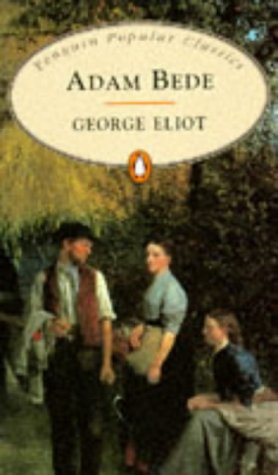 A dam Bede, the first of George Eliots novels properly so called, placed her at once in the foremost rank of Victorian writers of fiction. The group to which she was admitted was a distinguished one. Dickens and Thackeray had finished the bulk of their work, and were universally recognized as the greatest novelists of the age. Charles Kingsley and Mrs. Gaskell had inmieasurably widened the scope of the novel dealing with social conditions. Bulwer was still at the height of his popularity, Trollope had lately in the Clerical Seriea opened a vein in which he was at his happiest, and Charles Reade was growing in public favor. The welcome given to the newcomer by these experienced fellow-workers was instant and generous. Dickens and Eeade were perhaps the most unreserved in their praise, the latter hailing A dam Bede as Hhe finest thing since Shakespeare. The appreciation of the general public was no less marked than the enthusiasm of this inner circle. Sixteen thousand copies of A dam Bede were sold in the first year, a success generously recognized by John Blackwood, who doubled the eight hundred pounds he had originally agreed to pay for the book. And it was not only popular, but popular among people of all classes and of the most unlike tastes. Within a month from the time of its publication George Eliot received a letter from a certain E. Hall, a poor man, urging her to issue a cheap edition for the sake of workingmen who, like him, were unable to get a read of it because of their difficulty in making ends meet ;and about three weeks later she entered in her journal the news, btought by Herbert Spencer, that a member of Parliament had in the House of Oonmions quoted Mrs. Poyser s: It wants to be hatched over again and hatched different.
(Typographical errors above are due to OCR software and don't occur in the book.)

Forgotten Books is a publisher of historical writings, such as:

The book which made Mrs. Carlyle feel "in charity with the whole human race" could be no ordinary one. Adam Bede contains all George Eliot's broad and catholic knowledge of life, and the characters are all drawn by the hand of a master.