Guha, Ramachandra Gandhi 1914-1948: The Years That Changed the World 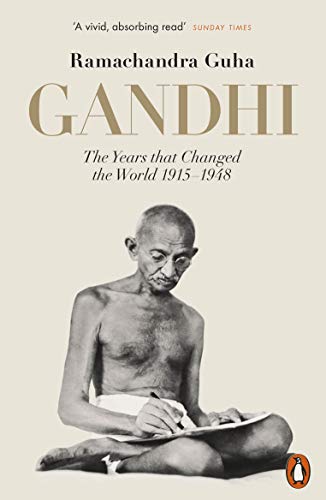 Description du livre Penguin Books Ltd, United Kingdom, 2020. Paperback. Etat : New. Language: English. Brand new Book. 'Essential reading . will not be bettered' Ferdinand Mount, Wall Street Journal'Gandhi's finest biographer' David Kynaston, GuardianThe magnificent new biography of Gandhi by India's leading historianA New York Times Notable Book of 2018Gandhi lived one of the great 20th-century lives. He inspired and enraged, challenged and galvanized many millions of men and women around the world. He lived almost entirely in the shadow of the British Raj, which for much of his life seemed a permanent fact, but which he did more than anyone else to destroy, using revolutionary tactics. In a world defined by violence on a scale never imagined before and by ferocious Fascist and Communist dictatorship, he was armed with nothing more than his arguments and example.This magnificent book tells the story of Gandhi's life, from his departure from South Africa to his assassination in 1948. It is a book with a Tolstoyan sweep, both allowing us to see Gandhi as he was understood by his contemporaries and the vast, varied Indian societies and landscapes which he travelled through and changed beyond measure. Drawing on many new sources and animated by its author's wonderful sense of drama and politics, Gandhi is a major reappraisal of the crucial years in this titanic figure's story. N° de réf. du vendeur BTA9780141044231