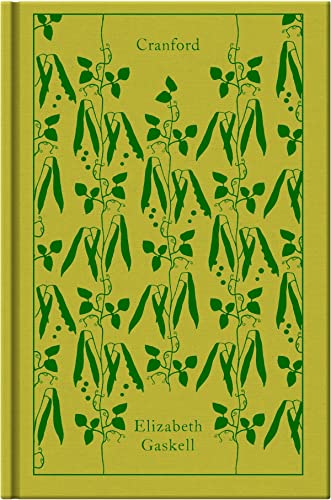 Elizabeth Gaskell (1810 - 65) was born in London, but grew up in the north of England in the village of Knutsford. In 1832 she married the Rev. William Gaskell and had four daughters, and one son who died in infancy. Her first novel, Mary Barton, was published in 1848 and won the attention of Charles Dickens and most of her later work was publish in his journals. She was also a lifelong friend of Charlotte Bronte, whose biography she wrote, as well as her many novels and short stories.Patricia Ingham is Senior Research Fellow and Reader at St Anne's College, Oxford. She has written on the Victorian novel and on Hardy in particular. she is the General Editor of all Hardy's fiction in the Penguin Classics and has edited Gaskell's North and South for the series.

Cranford is a sleepy northern town, but modern life, in the shape of a new railway, is pushing its way relentlessly towards it from Manchester, bringing with it new oppoertunities and excitement. The arrival of handsome young Doctor Harrison causes further agitation, not just because of his revolutionary methods but also because of his effect on the hearts of the ladies. Meanwhile, Miss Matty Jenkyns watches the comings and goings and remembers when, as a girl, her own heart was broken.

Description du livre Hardback. Etat : New. Bickford-Smith, Coralie (illustrateur). Reprint. Language: English. Brand new Book. Part of Penguin's beautiful hardback Clothbound Classics series, designed by the award-winning Coralie Bickford-Smith, these delectable and collectible editions are bound in high-quality colourful, tactile cloth with foil stamped into the design. Gaskell's best known work is set in a small rural town, inhabited largely by women. This is a community that runs on cooperation and gossip, at the very heart of which are the daughters of the former rector: Miss Deborah Jenkyns and her sister Miss Matty. But domestic peace is constantly threatened in the form of financial disaster, imagined burglaries, tragic accidents, and the reapparance of long-lost relatives. N° de réf. du vendeur AAZ9780141442549