Articles liés ą I am Not Your Negro

I am Not Your Negro

I am Not Your Negro 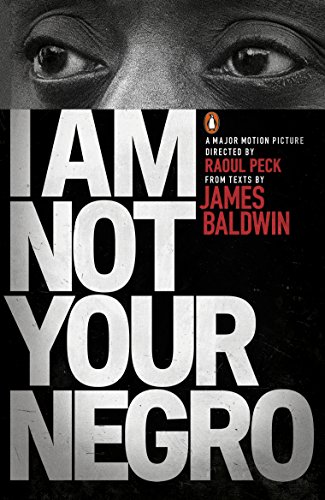 JAMES BALDWIN (1924–1987) was a novelist, essayist, playwright, poet, social critic, and the author of more than twenty books. His first novel, Go Tell It on the Mountain, appeared in 1953 to excellent reviews, and his essay collections Notes of a Native Son and The Fire Next Time were bestsellers that made him an influential figure in the civil rights movement. Baldwin spent many years in France, where he moved to escape the racism and homophobia of the United States. He died in 1987.

RAOUL PECK is a filmmaker acclaimed for his historical, political, and artistic work. Haitian-born, he grew up in Congo, France, Germany, and the United States. His body of work includes the films The Man by the Shore (Competition, Cannes 1993); Lumumba (Cannes 2000, HBO); and Sometimes in April (2005, HBO). He is currently chairman of the French national film school, La Fémis, and recently completed his next feature film, The Young Karl Marx (2017).

“I Am Not Your Negro is a kaleidoscopic journey through the life and mind of James Baldwin, whose voice speaks even more powerfully today than it did 50 years ago. . . . He was the prose-poet of our injustice and inhumanity. . . . The times have caught up with his scalding eloquence.” —Variety

“A searing and topical indictment of racial prejudice and hatred in America that makes for uneasy viewing and is not easily forgotten. . . . Vividly intelligent.” —Hollywood Reporter

“A striking work of storytelling. . . . One of the best movies about the civil rights era ever made. . . . This might be the only movie about race relations that adequately explains—with sympathy—the root causes.” —The Guardian

“Thrilling. . . . A portrait of one man’s confrontation with a country that, murder by murder, as he once put it, ‘devastated my universe.’... One of the best movies you are likely to see this year.” —The New York Times

3. I Am Not Your Negro (Paperback)

Description du livre Penguin Books Ltd, United Kingdom, 2017. Paperback. Etat : New. Language: English. Brand new Book. The New York Times bestseller based on the Oscar nominated documentary filmIn June 1979, the writer and civil rights activist James Baldwin embarked on a project to tell the story of America through the lives of three of his murdered friends: Medgar Evers, Malcolm X and Martin Luther King, Jr. He died before it could be completed. In his documentary film, I Am Not Your Negro, Raoul Peck imagines the book Baldwin never wrote, using his original words to create a radical, powerful and poetic work on race in the United States - then, and today. 'Thrilling . . . A portrait of one man's confrontation with a country that, murder by murder, as he once put it, "devastated my universe"' The New York Times'Baldwin's voice speaks even more powerfully today . . . the prose-poet of our injustice and inhumanity . . . The times have caught up with his scalding eloquence' Variety 'A cinematic seance . . . One of the best movies about the civil rights era ever made' Guardian 'I Am Not Your Negro turns James Baldwin into a prophet' Rolling Stone. N° de réf. du vendeur BTA9780141986678