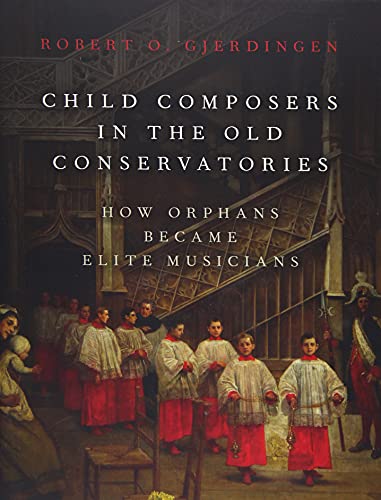 Description du livre Hardback. Etat : New. Language: English. Brand new Book. In seventeenth century Italy, overcrowding, violent political uprising, and plague led an astonishing number of abandoned and orphaned children to overwhelm the cities. Out of the piety of private citizens and the apathy of local governments, the system of conservatori was created to house, nurture, and train these fanciulli vaganti (roaming children) to become hatters, shoemakers, tailors, goldsmiths, cabinet makers, and musicians - a range ofpractical trades that might sustain them and enable them to contribute to society. Conservatori were founded across Italy, from Venice and Florence to Parma and Naples, many specializing in a particular trade. Four music conservatori in Naples gained particular renown for their exceptional training of musicians, bothperformers and composers, all boys. By the eighteenth century, the graduates of the Naples conservatories began to spread across Europe, with some 600 boys formerly in residence beginning to dominate the European musical world. Other conservatories in the country - including the Paris Conservatory - began to imitate the principles of the Naples' conservatory's training, known as the partimento tradition. The daily lessons and exercises associated with this tradition were largelylost-until author Robert Gjerdingen discovered evidence of them in the archives of conservatories across Italy and the rest of pellingly narrated and richly illustrated, Child Composers in the Old Conservatory follows the story of these boys as they undergo rigorous training with the conservatory's maestri and eventually become maestri themselves, then moves forward in time to see the influence of partimenti in the training of such composers as Claude Debussy and Colette Boyer. Advocating for the revival of partimenti in modern music education, the book explores the tremendouspotential of this tradition to enable natural musical fluency for students of all ages learning the craft today. N° de réf. du vendeur AAZ9780190653590

Child Composers in the Old Conservatories