Articles liés ŕ Quest for "Kim": In Search of Kipling's...

Quest for "Kim": In Search of Kipling's Great Game 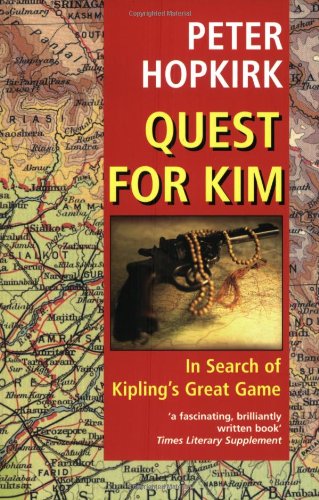 This book is for all those who love Kim, that masterpiece of Indian life in which Kipling immortalized the Great Game. Fascinated since childhood by this strange tale of an orphan boy's recruitment into the Indian secret service, Peter Hopkirk here retraces Kim's footsteps across Kipling's India to see how much of it remains.

To attempt this with a fictional hero would normally be pointless. But Kim is different. For much of this Great Game classic was inspired by actual people and places, thus blurring the line between the real and the imaginary. Less a travel book than a literary detective story, this is the intriguing story of Peter Hopkirk's quest for Kim and a host of other shadowy figures.

Peter Hopkirk travelled widely in the regions where his six books are set - Central Asia, the Caucasus, China, India and Pakistan, Iran, and Eastern Turkey. He worked as an ITN reporter, the New York correspondent of the old Daily Express, and - for twenty years - on The Times. No stranger to misadventure, he was twice held in secret police cells and was also hijacked by Arab terrorists. His works have been translated into fourteen languages.

Quest for Kim : In Search of Kiplings Great Game