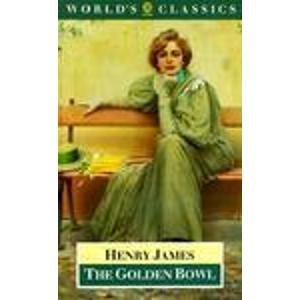 Biographie de l'auteur :
Henry James, son of theologian Henry James Sr. and brother of the philosopher and psychologist William James and diarist Alice James, was an American-born author and literary critic of the late 19th and early 20th centuries. He spent much of his life in Europe and became a British subject shortly before his death. He is primarily known for novels, novellas and short stories based on themes of consciousness and morality. James significantly contributed to the criticism of fiction, particularly in his insistence that writers be allowed the greatest freedom possible in presenting their view of the world. His imaginative use of point of view, interior monologue and possibly unreliable narrators in his own novels and tales brought a new depth and interest to narrative fiction.
Présentation de l'éditeur :

With an Introduction and Notes by Nicola Bradbury, University of Reading.

Henry James's last completed novel, The Golden Bowl, is the story of two flawed marriages. The lives and relationships of Maggie Verver and her widowed American millionaire father, Adam, are changed and challenged by the beautiful and charming Charlotte Stant, who is the former lover of Maggie's husband, the impoverished Italian, Prince Amerigo.

The narrative is underpinned by complex symbolism. The gilded crystal bowl with its almost invisible flaw is the vehicle which James uses to reveal past misdemeanours and make his characters face their own defects in this classic tale of redemption.

The Golden Bowl (The World's Classics)

THE GOLDEN BOWL (THE WORLD'S CLA