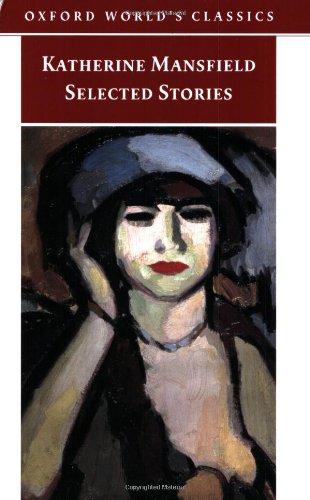 'I was jealous of her writing. The only writing I have ever been jealous of.' Virginia Woolf Virginia Woolf was not the only writer to admire Mansfield's work: Thomas Hardy, D. H. Lawrence, and Elizabeth Bowen all praised her stories, and her early death at the age of thirty-four cut short one of the finest short-story writers in the English language. This selection covers the full range of Mansfield's fiction, from her early satirical stories to the subtly nuanced comedy of 'The Daughters of the Late Colonel' and the macabre and ominous 'A Married Man's Story'. The stories that pay what Mansfield calls 'a debt of love' to New Zealand are as sharply etched as the European stories, and she recreates her childhood world with mordant insight. Disruption is a constant theme, whether the tone is comic, tragic, nostalgic, or domestic, echoing Mansfield's disrupted life and the fractured expressions of Modernism. This new edition increases the selection from 27 to 33 stories and prints them in the order in which they first appeared, in the definitive texts established by Anthony Alpers. ABOUT THE SERIES: For over 100 years Oxford World's Classics has made available the widest range of literature from around the globe. Each affordable volume reflects Oxford's commitment to scholarship, providing the most accurate text plus a wealth of other valuable features, including expert introductions by leading authorities, helpful notes to clarify the text, up-to-date bibliographies for further study, and much more.

Here in one volume are 23 of the finest stories by Katherine Mansfield. Considered one of the finest short-story writers of the twentieth century, Mansfield was from a young age heavily influenced by Anton Chekhov, a master of the form. This new selection, with an introduction by the novelist Emily Perkins, ranges across Mansfield's complete writing career and shows the New Zealander's dazzling brilliance to an audience who many not be familiar with her work. Stories include the modernist classic 'The Garden Party' and 'The Daughters of the Late Colonel'.