The Oxford Illustrated History of the First World War

The Oxford Illustrated History of the First World War 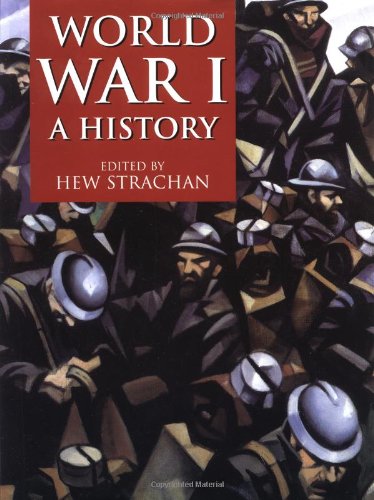 The First World War, now a century ago, still shapes the world in which we live, and its legacy lives on, in poetry, in prose, in collective memory and political culture. By the time the war ended in 1918, millions lay dead. Three major empires lay shattered by defeat, those of Germany, Austria-Hungary, and the Ottomans. A fourth, Russia, was in the throes of a revolution that helped define the rest of the twentieth century. The Oxford History of the First World War brings together in one volume many of the most distinguished historians of the conflict, in an account that matches the scale of the events. From its causes to its consequences, from the Western Front to the Eastern, from the strategy of the politicians to the tactics of the generals, they chart the course of the war and assess its profound political and human consequences. Chapters on economic mobilization, the impact on women, the role of propaganda, and the rise of socialism establish the wider context of the fighting at sea and in the air, and which ranged on land from the trenches of Flanders to the mountains of the Balkans and the deserts of the Middle East. First published for the 90th anniversary of the 1918 Armistice, this highly illustrated revised edition contains significant new material to mark the 100th anniversary of the war's outbreak.

Sir Hew Strachan was born in Edinburgh in 1949, and was educated Corpus Christi College, Cambridge, where he was Fellow between 1975 and 1992. He was Professor of Modern History at the University of Glasgow between 1992 and 2001, and founded its Scottish Centre for War Studies. In 2002 he became Chichele Professor of the History of War at the University of Oxford, and a Fellow of All Souls College, and between 2003 and 2012 he directed the Oxford Programme on the Changing Character of War. The first volume of his planned trilogy on the First World War, To Arms, was published in 2001, and in 2003 he was the historian behind the 10-part series, The First World War, broadcast on Channel 4. He is a Commonwealth War Graves Commissioner and a Trustee of the Imperial War Museum, and serves on the British, Scottish, and French national committees advising on the centenary of the First World War.