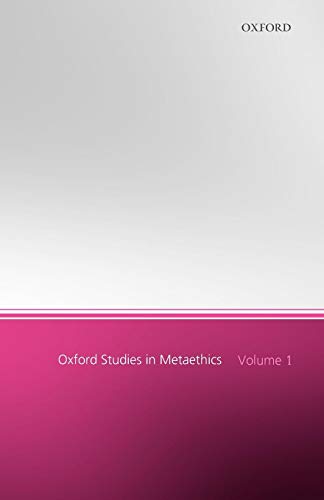 The contents of the inaugural volume of Oxford Studies in Metaethics nicely mirror the variety of issues that make this area of philosophy so interesting. The volume opens with Peter Railton's exploration of some central features of normative guidance, the mental states that underwrite it, and its relationship to our reasons for feeling and acting. In the next offering, Terence Cuneo takes up the case against expressivism, arguing that its central account of the nature of moral judgments is badly mistaken. Terence Horgan and Mark Timmons, two of the most prominent contemporary expressivists, then offer their take on how expressivism manages to avoid a different objection-that of collapsing into an objectionable form of relativism. Daniel Jacobson and Justin D'Arms next offer an article that continues their research program devoted to exploring the extent to which values might depend upon, or be constrained by, human psychology. Ralph Wedgwood engages in some classical metaethical conceptual analysis, seeking to explicate the meaning of ought. Mark van Roojen then contributes a new take on the Moral Twin Earth Argument, a prominent anti-realist puzzle advanced in the early 1990s by Horgan and Timmons. Allan Gibbard next presents his latest thoughts on the nature of moral feelings and moral concepts, crucial elements in the overall project of defending the expressivism he is so well known for. James Dreier then takes up the details of Gibbard's recent efforts to provide a solution to what many view as the most serious difficulty for expressivism, namely, the Frege-Geach problem. Dreier identifies difficulties in Gibbard's expressivist account, and offers a suggestion for their solution. Sergio Tenenbaum explores the concept of a direction of fit, relied on so heavily nowadays in accounts of moral motivation. Nadeem Hussain and Nishiten Shah then consider the merits of Christine Korsgaard's influential critique of moral realism. T. M. Scanlon's widely-discussed buck-passing account of value attracts the critical eye of Pekka Väyrynen, who attempts to reveal the reasons that we might resist it. Derek Parfit's contribution concludes this volume, with an article on normativity that presents his most recent thinking on this fundamental notion.

Oxford Studies in Metaethics is the only periodical publication devoted exclusively to original philosophical work on the foundations of ethics. It provides an annual selection of much of the best new scholarship being done in the field. Its broad purview includes work being done at the intersections of ethical theory with metaphysics, epistemology, philosophy of language, and philosophy of mind. OSME provides an excellent basis for understanding recent developments in the field; those who would like to acquaint themselves with the current state of play in metaethics would do well to start here.