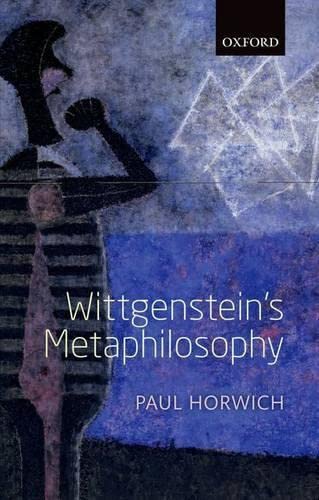 Paul Horwich develops an interpretation of Ludwig Wittgenstein's later writings that differs in substantial respects from what can already be found in the literature. He argues that it is Wittgenstein's radically anti-theoretical metaphilosophy--and not (as assumed by most other commentators) his identification of the meaning of a word with its use--that lies at the foundation of his discussions of specific issues concerning language, the mind, mathematics, knowledge, art, and religion. Thus Horwich's first aim is to give a clear account of Wittgenstein's hyper-deflationist view of what philosophy is, how it should be conducted, and what it might achieve. His second aim is to defend this view against a variety of objections: that is, to display its virtues, not merely as an accurate reading of Wittgenstein, but as the correct conception of philosophy itself. And the third aim is to examine the application of this view to a variety of topics--but primarily to language and to experience. A further distinctive feature of this approach is its presupposition that Wittgenstein's ideas may be formulated with precision and that solid arguments may be found on their behalf. This pair of guiding assumptions--the centrality of Wittgenstein's metaphilosophy, and its susceptibility to rigorous articulation and rational support--are admittedly controversial but are vindicated, not just textually, but by the power and plausibility of the philosophy that results from them.

Paul Horwich (BA Oxford 1986, MA Yale 1969, PhD Cornell 1974) is currently a Professor of Philosophy at New York University. His principal contributions to the subject have been a probabilistic account of scientific methodology, a unified explanation of temporally asymmetric phenomena, a deflationary conception of truth, and a naturalistic use-theory of meaning. He has received fellowship support for his work from the National Endowment for the Humanities, the National Science Foundation, and the Guggenheim Foundation. He has been on the faculties of the Massachusetts Institute of Technology (1973-1995), University College London (1995-2000), and the Graduate Center of the City University of New York (2000-2005). He has also given courses at UCLA, the CNRS Institut d'Histoire et Philosophie des Sciences et Technique, the University of Sydney, the Ecole Normale Superieure, and the University of Tokyo.