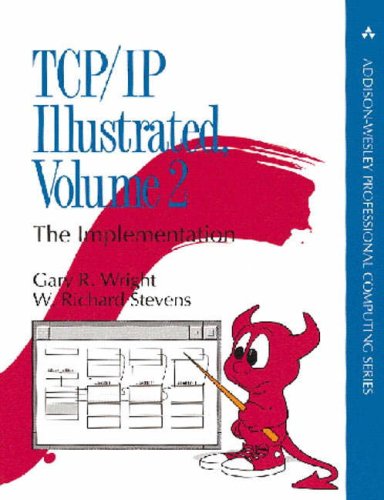 Gary R. Wright has worked with TCP/IP for more than eight years. He is President of Connix, a Connecticut-based company providing Internet access and consulting services.

We are deeply saddened to learn of the death of noted author W. Richard Stevens. His passing is obviously a tremendous loss for the technical community, but it is a personal one for us as well. Rich was both a gifted colleague and a valued friend who will be greatly missed. We extend our sympathies to his family.

Obituary from the Arizona Daily Star:

STEVENS, W. Richard, noted author of computer books died on September 1. He is best known for his "UNIX Network Programming" series (1990, 1998, 1999), "Advanced Programming in the UNIX Environment" (1992), and "TCP/IP Illustrated" series (1994, 1995, 1996). Richard was born in 1951 in Luanshya, Northern Rhodesia (now Zambia), where his father worked for the copper industry. The family moved to Salt Lake City, Hurley, New Mexico, Washington, DC and Phalaborwa, South Africa. Richard attended Fishburne Military School in Waynesboro, Virginia. He received a B.SC. in Aerospace Engineering from the University of Michigan in 1973, and an M.S. (1978) and Ph.D. (1982) in Systems Engineering from the University of Arizona. He moved to Tucson in 1975 and from then until 1982 he was employed at Kitt Peak National Observatory as a computer programmer. From 1982 until 1990 he was Vice President of Computing Services at Health Systems International in New Haven, CT, moving back to Tucson in 1990. Here he pursued his career as an author and consultant. He was also an avid pilot and a part-time flight instructor during the 1970's.

He is survived by his loving wife of 20 years, Sally Hodges Stevens; three wonderful children, Bill, Ellen and David; sister, Claire Stevens of Las Vegas, NV; brother, Bob and wife Linda Stevens of Dallas, TX; nieces, Laura, Sarah, Collette, Christy; and nephew, Brad. He is predeceased by his parents, Royale J. Stevens (1915-1984); and Helen Patterson Stevens (1916-1997). Helen lived in Tucson from 1991-1997, and Royale lived here in the early 1930's attending Tucson High School while his father was treated for TB at the Desert Sanitorium (now TMC). The family asks that in lieu of flowers, donations be made in Richard's name to Habitat for Humanity, 2950 E. 22nd Street, Tucson, AZ 85713. A memorial service for Richard will be held at St. Phillip's in the Hills Episcopal Church on Tuesday, September 7th at 12:00 noon. Following the service there will be a reception in the Murphy Gallery of the Church. Please wear colorful clothing to the service; Richard loved colors.

W. Richard Stevens was an acknowledged UNIX and networking expert and the highly-respected author of several books. He was also a sought-after instructor and consultant.

TCP/IP Illustrated, an ongoing series covering the many facets of TCP/IP, brings a highly-effective visual approach to learning about this networking protocol suite.

TCP/IP Illustrated, Volume 2 contains a thorough explanation of how TCP/IP protocols are implemented. There isn't a more practical or up-to-date bookothis volume is the only one to cover the de facto standard implementation from the 4.4BSD-Lite release, the foundation for TCP/IP implementations run daily on hundreds of thousands of systems worldwide.

Combining 500 illustrations with 15,000 lines of real, working code, TCP/IP Illustrated, Volume 2 uses a teach-by-example approach to help you master TCP/IP implementation. You will learn about such topics as the relationship between the sockets API and the protocol suite, and the differences between a host implementation and a router. In addition, the book covers the newest features of the 4.4BSD-Lite release, including multicasting, long fat pipe support, window scale, timestamp options, and protection against wrapped sequence numbers, and many other topics.

Comprehensive in scope, based on a working standard, and thoroughly illustrated, this book is an indispensable resource for anyone working with TCP/IP.