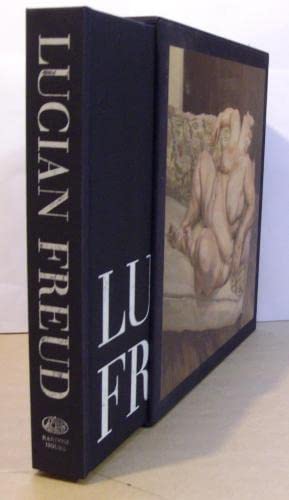 Lucian Freud is regarded by many as the greatest living painter in Britain, and by others as the greatest figurative painter in the world. Now in his early seventies, his output is prolific. He chose the late Leigh Bowery as his model as his model in the early nineties and produced some of his largest and most ambitious nudes to date. He is a superb draughtsman, as his drawings of his mother reveal, and he is a virtuous painter whose work flies in the face of any ephemeral avant-garde. This is the great definitive book.

Lucian Freud was born in Berlin in 1922. He was the grandson of Sigmund Freud. His work has been recognised and exhibited since 1944 in the major museums worldwide.

Description du livre Hardcover. Etat : New. WE ARE PROCESSING ORDERS AS NORMAL DURING THIS VIRUS EPIDEMIC, ALL ITEMS ARE SENT BY ROYAL MAIL. DISPATCHED FROM THE UK WITHIN 24 HOURS ( BOOKS ORDERED OVER THE WEEKEND DISPATCHED ON MONDAY) BY ROYAL MAIL. ALL OVERSEAS ORDERS SENT BY AIR MAIL. WE ALSO ACCEPT PAYMENT IN US DOLLARS OR EURO BY BANK TRANSFER. N° de réf. du vendeur mon0000738037