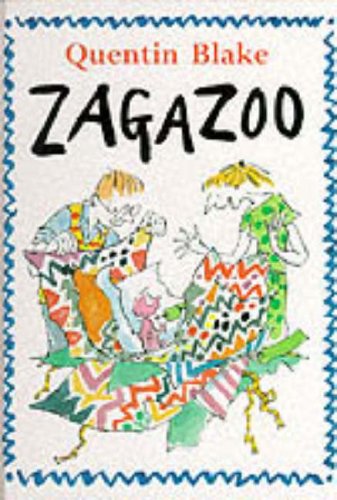 Quentin Blake has been drawing ever since he can remember. He taught illustration for over twenty years at the Royal College of Art, of which he is an honorary professor. He has won many prizes, including the Hans Christian Andersen Award for Illustration, the Eleanor Farjeon Award and the Kate Greenaway Medal, and in 1999 he was appointed the first Children's Laureate. In the 2013 New Year's Honours List he was knighted for services to illustration.

Zagazoo is a baby like no other. In this quite exceptional picture book young readers will be delighted by the hilarious and unexpected changes in his behaviour as Zagazoo grows up. Parents may detect some strange echoes of family life. There have been many classic picture books from the incomparable pen of Quentin Blake, but never one more extraordinary.