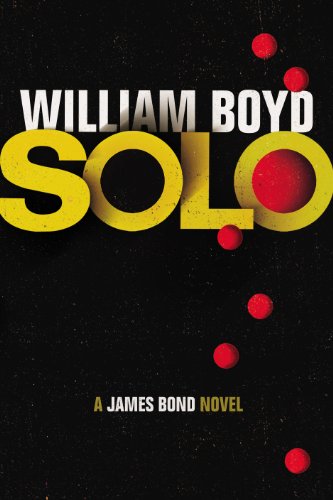 "Boyd was a smart choice for a Bond thriller. The action clips along. There are welcome literary flourishes and a dense plot." (Richard Fitzpatrick Irish Examiner)

"Anyone wishing this autumn to enjoy the Cold War with the assurance of a happy ending should seek out William Boyd's new James Bond novel, Solo, in which 007 is dispatched to West Africa and the fictitious country of Zanzarim, where he finds himself in the midst of a civil war." (Stephen McGinty Scotsman)

"A fantastic read, which I ripped through in the time it would take to watch Skyfall, as it happens, and I found it significantly more enjoyable." (The Times)

William Boyd is the author of one work of non-fiction, three collections of short stories and thirteen novels, including the bestselling historical spy thriller Restless - winner of the Costa Novel of the Year - and Any Human Heart, in which the character of Ian Fleming features. Among his other awards are the Whitbread First Novel Prize, the John Llewellyn Rhys Prize, the James Tait Black Memorial Prize and the Prix Jean Monnet. He is a Fellow of the Royal Society of Literature and an Officier de l'Ordre des Arts et des Lettres. In 2005, he was awarded the CBE.

Born in Ghana in 1952, William Boyd spent much of his early life in West Africa. He now divides his time between the south-west of France and Chelsea, where he lives a stone's throw from James Bond's London address.