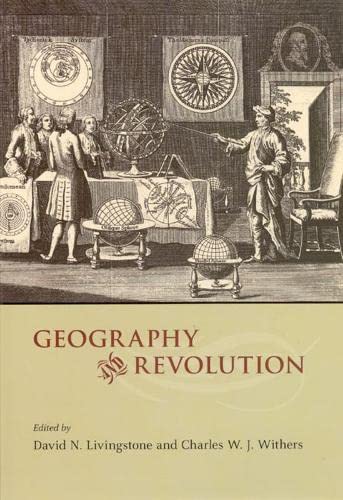 Description du livre The University of Chicago Press, United States, 2005. Hardback. Etat : New. Language: English. Brand new Book. A term with myriad associations, revolution is commonly understood in its intellectual, historical, and sociopolitical contexts. Until now, almost no attention has been paid to revolution and questions of geography. "Geography and Revolution" examines the ways that place and space matter in a variety of revolutionary situations. David N. Livingstone and Charles W. J. Withers assemble a set of essays that are themselves revolutionary in uncovering not only the geography of revolutions but the role of geography in revolutions. Here, scientific revolutions - Copernican, Newtonian, and Darwinian - ordinarily thought of as placeless are revealed to be rooted in specific sites and spaces. Technical revolutions - the advent of print, timekeeping, and photography - emerge as inventions that transformed the world's order without homogenizing it. Political revolutions - in France, England, Germany, and the United States - are notable for their debates on the nature of political institutions and national identity.Gathering insight from geographers, historians, and historians of science, "Geography and Revolution" is an invitation to take the where as seriously as the who and the when in examining the nature, shape, and location of revolutions. N° de réf. du vendeur BZV9780226487335