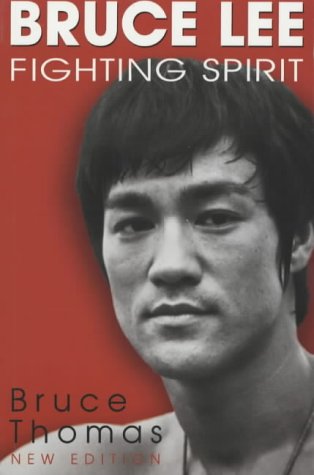 "Bruce Lee was a star in America but an icon in much of the rest of the world. Since the U.S. is the big enchilada in pop culture, Lee worked for years to become recognized here and to spread appreciation of the martial arts in a society that had a jaundiced, even bigoted view of those ancient disciplines. Thomas makes it abundantly clear that Lee was both an astonishing athlete and an engaging actor. Devotees of his movies and two TV shows, The Green Hornet and Longstreet, know that, of course. Thomas notes that Lee, as the Green Hornet's sidekick, Kato, gave American audiences their first look at authentic martial arts. The current popularity of martial arts in the U.S. flows from Lee's own, and the martial arts movies that continue to appear in the wake of Lee's Dragon series constitute an identifiable movie subgenre. A major force in popular entertainment, Lee deserves the place in the pop culture library that Thomas ably helps him fill."
- Booklist

Bruce Thomas is the author of Bruce Lee: Fighting Spirit -- the definitive full-length biography of Bruce Lee. He trained in Kung Fu with the late master Derek Jones. Bruce is also the former bass player with Elvis Costello and the Attractions. His book about life on the road with the band, The Big Wheel, was short-listed for the Ralph J. Gleason prize for music writing and became a cult classic - it is shortly to be reissued by Helter Skelter. His 'novel' autobiography, On The Road, Again, is to be published by Bentwyck Henry Publisher.