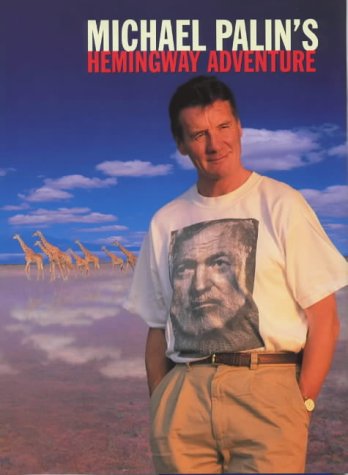 Michael Palin established his reputation with MONTY PYTHON'S FLYING CIRCUS and RIPPING YARNS. His work also includes several films with Monty Python, as well as THE MISSIONARY, A PRIVATE FUNCTION, an award-winning performance as the hapless Ken in A FISH CALLED WANDA and, more recently, AMERICAN FRIENDS and FIERCE CREATURES. His television credits include two films for the BBC's GREAT RAILWAY JOURNEYS, the plays EAST OF IPSWICH and NUMBER 27, and Alan Bleasdale's GBH. He has written books to accompany his six very successful travel series, AROUND THE WORLD IN 80 DAYS, POLE TO POLE, FULL CIRCLE, HEMINGWAY ADVENTURE, SAHARA and HIMALAYA. He is also the author of a number of children's stories, the play THE WEEKEND and the novel HEMINGWAY'S CHAIR.

A winning combination of No.1 travel writer Michael Palin and one of the great literary figures of the century.

When Michael Palin was researching for his novel HEMINGWAY'S CHAIR his interest was stimulated by Hemingway's appetite for travel and 'Papa's' evocations of the places he knew. Hemingway remains a compelling figure, and Palin's goal was to revisit Hemingway's world.

This book includes the American West ('wide lawns and narrow minds'), Idaho, Michigan ('fly fishing, hunting'), Europe in the First World (where Hemingway was wounded serving in the Ambulance Brigade), Cuba (where Hemingway wrote FOR WHOM THE BELL TOLLS), Paris in the Roaring Twenties and Spain during the Spanish Civil War, Sun Valley and Key West - where the Hemingway lookalike competition is an annual event.