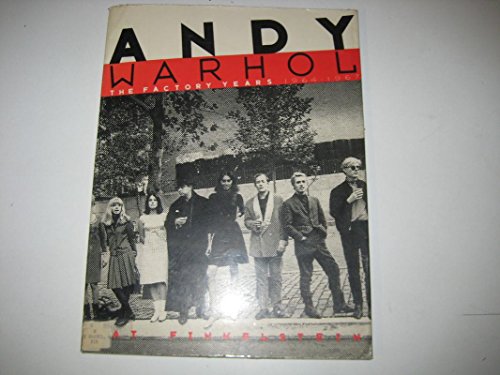 New York City, the 1960s: Inside a ramshackle studio known as The Factory, the post-war art world encountered the industrial revolution. For more than two years, Nat Finkelstein was on the scene, documenting the explosive emergence of Pop Art, a subversive spectacle created by the constantly calculating Andy Warhol. Andy Warhol: The Factory Years is an extraordinary photographic account of the twisted, the addicted, the nameless, and the famous. As a member of the club, Finkelstein discreetly captured icons in the making, including Bob Dylan, Lou Reed, Allen Ginsberg, Edie Sedgwick, and Nico, along with such legends of another era as Salvador Dali and Marcel Duchamp—and, of course, Warhol himself. Engagingly sequenced by renowned design firm Pentagram, Andy Warhol: The Factory Years features Finkelstein's seminal black-and-white photographs, in addition to several series of previously unpublished color photographs that were thought lost for the past three decades. Finkelstein accompanies these striking images with vivid memories, poetic recollections, and acerbic commentary, providing both visual and intellectual insight into the culture of The Factory.