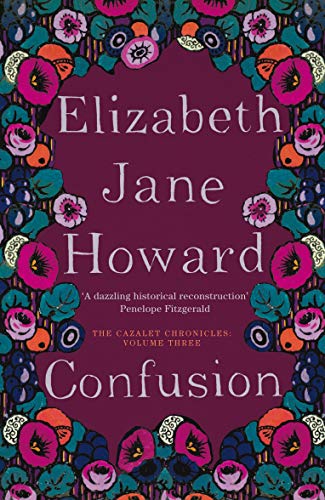 The third volume in the magnificent family saga, The Cazalet Chronicle

The long, dark days of struggle provide the poignant background to the third book of the Cazalet Chronicles. As the war enters its fourth year, chaos has become a way of life.

Both in the still peaceful Sussex countryside, and in air-raid-threatened London, the divided Cazalets begin to find the battle for survival echoing the confusion in their own lives . . .

Confusion is the third volume in The Cazalet Chronicles. The next novel in the series is Casting Off.

Elizabeth Jane Howard was the author of fifteen highly acclaimed novels. The Cazalet Chronicles - The Light Years, Marking Time, Confusion, Casting Off and All Change - have become established as modern classics and have been adapted for a major BBC television series and most recently for BBC Radio 4. In 2002 Macmillan published Elizabeth Jane Howard's autobiography, Slipstream. In that same year she was awarded a CBE in the Queen's Birthday Honours List.