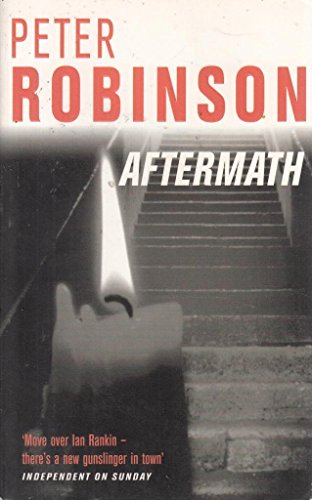 Maggie Forrest wasn’t sleeping well, so it didn’t surprise her when the voices woke her shortly before four o’clock one morning in early May, even though she had made sure before she went to bed that all the windows in the house were shut fast.

If it hadn’t been the voices, it would have been something else: a car door slamming as someone set off for an early shift; the first train rattling across the bridge; the neighbour’s dog; old wood creaking somewhere in the house; the fridge clicking on and off; a pan or a glass shifting on the draining board. Or perhaps one of the noises of the night, the kind that made her wake in a cold sweat with a thudding heart and gasp for breath as if she were drowning, not sleeping: the man she called Mr. Bones clicking up and down The Hill with his cane; the scratching at the front door; the tortured child screaming in the distance.

She was just too jumpy these days, she told herself, trying to laugh it off. But there they were again. Definitely voices. One loud and masculine.

Maggie got out of bed and padded over to the window. The street called The Hill ran up the northern slope of the broad valley, and where Maggie lived, about halfway up, just above the railway bridge, the houses on the eastern side of the street stood atop a twenty-foot rise that sloped down to the pavement in a profusion of shrubs and small trees. Sometimes the undergrowth and foliage seemed so thick she could hardly find her way along the path to the pavement.

Maggie’s bedroom window looked over the houses on the western side of The Hill and beyond, a patchwork landscape of housing estates, arterial roads, warehouses, factory chimneys and fields stretching through Bradford and Halifax all the way to the Pennines. Some days, Maggie would sit for hours and look at the view, thinking about the odd chain of events that had brought her here. Now, though, in the predawn light, the distant necklaces and clusters of amber streetlights took on a ghostly aspect, as if the city weren’t quite real yet.

Maggie stood at her window and looked across the street. She could swear there was a hall light on directly opposite, in Lucy’s house, and when she heard the voice again, she suddenly felt all her premonitions had been true.

It was Terry’s voice, and he was shouting at Lucy. She couldn’t hear what he was saying. Then she heard a scream, the sound of glass breaking and a thud.

Maggie dragged herself out of her paralysis, and with trembling hands she picked up the bedside telephone and dialed 999.

The crime scene awaiting Acting Detective Superintendent Alan Banks is among the worst he has ever encountered. The assailant, Terence Payne, hovers close to death himself. And Payne's brutalized wife, Lucy -- whose overheard screams prompted the original call -- has already been moved to a local hospital for treatment. But these sins and tragedies pale before what else has transpired in a dank basement the press will soon dub the "House of Payne." Now that the fiend is in custody, the long nightmare appears over at last.

But is it? In Alan Banks's mind too many questions need to be answered before he can rest easy. How could the heinous crimes of a popular teacher like Payne have so completely escaped the notice of his peers, his neighbors...his wife? And was fragile, abused Lucy Payne a victim or a reluctant accomplice?

Despite the strain on his own personal life and relationships, Banks refuses to ease up on his investigation. Buried deep in the past are shards of irony, pity, and horror almost too painful to bear, and unspeakable betrayals that deformed more than one childhood. For Banks, for his lover, Annie Cabot -- who suspects heartless political forces are setting her up to destroy a life -- and for the beautiful consulting psychologist Dr. Jenny Fuller, there is much more that must be unearthed in the aftermath of abomination. Because the darkness has not yet lifted, and new casualties are mounting. And there are still monsters loose in the world...