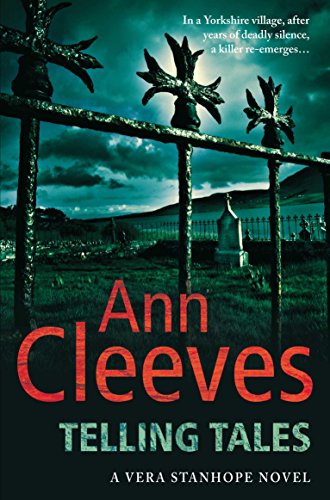 Ten years after Jeanie Long was charged with the murder of fifteen-year-old Abigail Mantel, disturbing new evidence proving her innocence emerges in the East Yorkshire village of Elvet. Abigail s killer is still at large.

For Emma Bennett, the revelation brings back haunting memories of her vibrant best friend and of the fearful winter s day when she had discovered her body lying cold in a ditch.

Detective Inspector Vera Stanhope makes fresh inquiries, and the villagers are hauled back to a time they would rather forget. Tensions begin to mount, but are people afraid of the killer, or of their own guilty pasts?

Ann Cleeves is the author behind ITV s VERA and BBC One s SHETLAND. She has written over twenty-five novels, and is the creator of detectives Vera Stanhope and Jimmy Perez characters loved both on screen and in print. Her books have now sold over 1 million copies worldwide.

Ann worked as a probation officer, bird observatory cook and auxiliary coastguard before she started writing. She is a member of Murder Squad , working with other British northern writers to promote crime fiction. In 2006 Ann was awarded the Duncan Lawrie Dagger (CWA Gold Dagger) for Best Crime Novel, for Raven Black, the first book in her Shetland series. In 2012 she was inducted into the CWA Crime Thriller Awards Hall of Fame. Ann lives in North Tyneside.