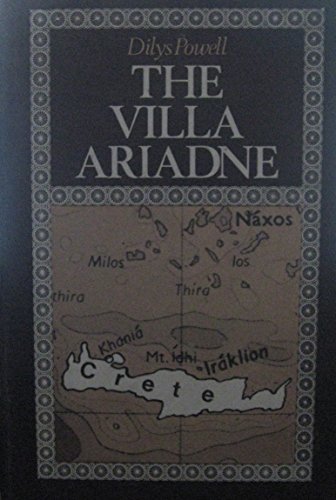 Description du livre Hardback. Etat : Fair. A readable copy of the book which may include some defects such as highlighting and notes. Cover and pages may be creased and show discolouration. N° de réf. du vendeur GOR007509683

Description du livre Hardcover. Etat : Very Good. Etat de la jaquette : Very Good. 1st Edition. First edition, first impression. Some dge wear and chipping to top and bottom of jacket, small loss to top of spine, spine and extremities of jacket slightly faded, slight lean. price clipped, no inscriptions, internally clean and tight, overall a reasonable copy for its age. 252pp, map endpapers. The Villa Ariadne was built at Knossos, Crete, by Sir Arthur Evans soon after he discovered the Minoan palace, when the site was his own private property. The villa became home, in turn, to John Pendlebury, who used it as a base for his excavations at Knossos and his explorations of the island. After Pendlebury's death at the hands of invading German paratroopers, the Villa Ariadne was taken over by General Karl Kreipe, who was living there when he was kidnapped by Patrick Leigh Fermor and marched across the island to captivity, an episode immortalized in the film 'Ill Met by Moonlight'. Dilys Powell, who knew Crete and the Villa Ariadne for over 40 years, weaves her own memories of Evans and Pendlebury together with recollections of the Cretan people. Her classic account is at once a chapter of autobiography and a portrait of a mythical island which captured her heart. It should appeal to all those who share her love for Greece and especially Crete, and admirers of the work of Paddy Leigh Fermor. A classic text. N° de réf. du vendeur 003990

Description du livre Hardcover. Etat : Good. No Jacket. Item is in good condition. Some moderate creases and wear. This item may not come with CDs or additional parts including access codes for textbooks. This may not have a dust jacket. Might be an ex-library copy and contain writing/highlighting. Photos are stock pictures and not of the actual item. N° de réf. du vendeur DS-0340177705-3