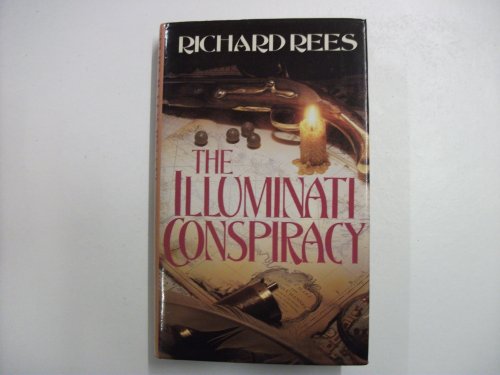 Richard Machen, a naval officer of American descent serving under Lord Nelson, and heiress Jane Ashford, duel alone in Napoleonic Europe to foil the Illuminati’s subversive plot for world power. Passing through London to visit his old home before sailing to Boston, Massachusetts after the defeat of the French at the “Battle of the Nile”, Richard is drawn into a fateful chain of events that will affect history, involving Colonel Despard, an Irishman who is masterminding a radical plot to assassinate the King of England and overthrow the government, turning Britain into a republic. But Despard’s plot is being manipulated by the Illuminati, a secret society who orchestrated the French Revolution, and are conspiring to regain control of France from the rule of its First Consul, a despotic young General called Napoleon Bonaparte, who is himself planning to invade England in his own desire to conquer all of Europe and then the world. Machen, together with Jane, foil Despard’s plan, and he and his secret committee are brought to trial for treason. They are found guilty and due to the non-intervention of Lord Nelson, once a combatant friend of Despard’s, are executed and beheaded. But this is not the end of the Illuminati’s or Napoleon’s greater ambition. It continues, driven on by Conor Macnamara, an Irish revolutionist and a member of the Illuminati, who has sworn to kill Nelson in revenge for the death of his brother, a member of Despard’s committee. And Admiral Nelson is the only one standing in the way of France’s invasion of England, with a sea battle to be decided between the English and French Fleets in the Bay of Trafalgar off the west coast of Spain. Will Machen and Jane save the day - and also help shape history by discovering the Illuminati’s secret code and bringing about their downfall?

Description du livre Hodder & Stoughton. Hardcover. Etat : Good. A copy that has been read, but remains in clean condition. All pages are intact, and the cover is intact. The spine may show signs of wear. Pages can include limited notes and highlighting, and the copy can include previous owner inscriptions. At ThriftBooks, our motto is: Read More, Spend Less. NḞ de réf. du vendeur G0340412828I3N00

Description du livre Hodder & Stoughton Ltd, 1988. Hardcover. Etat : Used: Good. Condition good, clean, signed by the author. ref ZKVQ An historical thriller which poses the question: who killed Nelson? The proposed answer involves the machinations of "The Illuminati", a secret committee of French revolutionaries who plan to use Napoleon's invasion of Britain to initiate revolutions on both sides of the Channel. NḞ de réf. du vendeur 25390