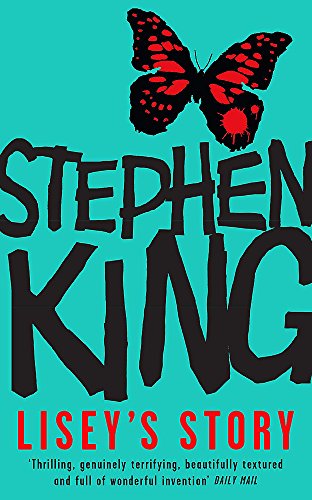 Lisey's Story Every marriage has two hearts, one light and one dark, and Lisey Landon must confront both. King's most personal and powerful book to date is about the wellsprings of creativity, the temptations of madness, and the secret language of love. Full description

'Popular novelist Dickens is an apt comparison - stands among the best things that this formidable writer has done' (Sam Leith, Saturday Telegraph)

'Stephen King's career-best novel, LISEY'S STORY, a psychological thriller of extraordinary sensitivity that takes the reader deep into the dark places in us all' (Matt Thorne, Independent on Sunday)

'Up there with his finest ... Please don't ever give up writing, Stephen King' (Evening Standard)

'King is the greatest popular novelist of our day, comparable to Dickens - and one of the reasons for his pre-eminence is that (like Dickens) he keeps his readers with him all the time...A consummate and compassionate novel - one of King's very best' (Toby Litt, Guardian)

A wondrous novel of marriage, a love story steeped in strength and tenderness, and cast with the most vivid, touching and believable characters in recent literature . . . A dazzling novel that you'll thank yourself for reading long after the final page is turned. (Nicholas Sparks)

Accomplished . . . unputdownable . . . his mesmerising best (Observer on BAG OF BONES)

'Contains some of the most powerful and affecting passages that King has ever written' (Barry Forshaw, Daily Express)

The true narrative artist is a rare creature. Storytelling - the ability to make the listener or the reader need to know, demand to know, what happens next - is a gift...Stephen King, like Charles Dickens before him, has this gift in spades. (The Times on CELL)

Every marriage has two hearts, one light and one dark.

Lisey knew it when she first fell for Scott. And now he's dead, she knows it for sure.

Lisey was the light to Scott Landon's dark for twenty-five years. As his wife, only she saw the truth behind the public face of the famous author - that he was a haunted man whose bestselling novels were based on a terrifying reality.

Now Scott has gone, Lisey wants to lock herself away with her memories. But the fans have other ideas. And when the sinister threats begin, Lisey realises that, just as Scott depended on her strength - her light - to live, so she will have to draw on his darkness to survive.