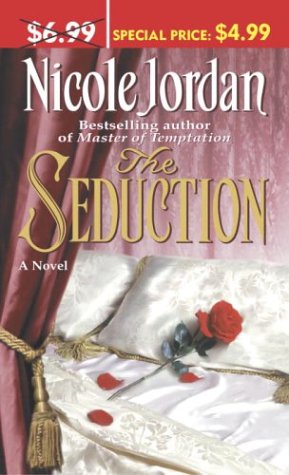 London, May 1810
Despite the lateness of the hour, the private gaming hell boasted a sizable crowd. Liquor flowed freely, the guests quaffing great quantities of claret and champagne along with a delicious late supper. Yet beneath the laughter and conversation, a serious undercurrent coursed through the gamesters and dandies and nobles playing deep at macao and hazard and faro.

From a discreet distance across the card room, Vanessa Wyndham watched her nemesis at the faro table. Even with her stomach tied in knots, she tried to study him with dispassion.

Lord Sin. The appellation seemed exceptionally appropriate. She could see no signs of dissolution on the ruthlessly handsome face, yet there was a wicked knowledge in those penetrating gray eyes that compelled attention.

Vanessa shook herself, aware she was guilty of staring. Yet Lord Sinclair was a captivating man, with his raven hair and chiseled, harshly beautiful features. His physical form matched his arresting, dark masculinity--tall, lithe, muscular, graceful. His exquisitely tailored black coat seemed to have been poured over his elegant shoulders.

She had come to London expressly to seek him out. To prevent him from destroying her family out of revenge.

Apparently she was not the only one whose interest was roused by the Baron Sinclair. Behind her, a whispered conversation between two ladies caught her ear.

"I see Damien is wreaking havoc at the gaming tables as usual."

"I cannot comprehend why," the second voice complained petulantly. "He's rich as a nabob. He has no need to add to his fortune."

The first woman laughed. "Come now, you are simply piqued because he has chosen to ignore you all evening. Confess, darling, if the irresistible Lord Sin were to beckon, you would swoon at his feet."

Unwillingly Vanessa's gaze strayed back to the notorious nobleman, as it had all evening. She could well understand why women found him fascinating. That combination of polished elegance and raw virility commanded notice, while his abundance of wicked charm presented an alluring danger to the female sex.

Vanessa shivered, despite the myriad candles blazing in crystal chandeliers that lent a welcome warmth to her bare shoulders. She'd worn the empire-waist gown of emerald satin even though it was three seasons out of date, hoping the low neckline might appeal to a rakehell of the baron's stamp.

He was known as Lord Sin among the beau monde. Since the early days of her disastrous marriage, Vanessa had been aware of the infamous aristocrat. Although they'd never been formally introduced, they had once traveled in similar circles of society. Damien Sinclair was renowned for his scandalous conquests in the glittering ballrooms and bedrooms of Europe. It was said he took wickedness to new heights.

How could such a man be prevailed upon? How could she even summon the courage?

She'd had her fill of rakes. Her late husband had given her a disdain for profligates and libertines. Every feminine instinct warned her to keep her distance from the wicked Lord Sinclair. Yet she was desperate enough to approach him--this evening, if she could manage it.

"Will you call the turn, my lord?" the female dealer asked the baron.

A sudden hush settled over the card room.

Vanessa was familiar enough with the game of faro to know that to "call the turn" was to bet on the order in which the last three cards would be dealt from the box. The house held the bank, and the odds on the wager were five to one.

Lord Sinclair's arresting features wore a casual, even slightly bored, expression as he predicted the order of the deal--deuce, six, queen--as if there were not a fortune at stake.

Vanessa held her breath along with the rest of the crowd as the dealer turned the cards over one by one.... Deuce of spades. Six of clubs. Queen of hearts.

As the most notorious rakehell in Regency London, Lord Damien Sinclair sought only his own pleasure, until his beloved younger sister, Olivia, was injured and her reputation ruined during a forbidden tryst. Now Damien will do anything to destroy the young nobleman guilty of hurting Olivia. . . . And Vanessa Wyndham will protect her foolish brother at all costs, even if it means entering into an illicit bargain with the dangerously handsome "Lord Sin." When Vanessa offers to act as a companion to Lord Sin's invalid sister, Damien agrees with one scandalous condition--he'll forgive her brother's debt if she agrees to become his mistress.

And so the seduction begins. But once the affair has ended, will they escape with their hearts intact?