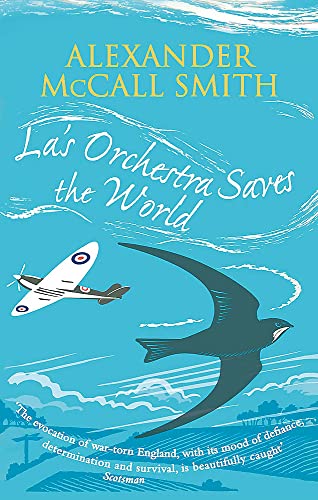 Two men, who were brothers, went to Suffolk. One drove the car, an old Bristol drophead coupé in British racing green, while the other navigated, using an out-of-date linen-backed map. That the map was an old one did not matter too much: the roads they were following had been there for a long time and were clearly marked on their map—narrow lanes flanked by hedgerows following no logic other than ancient farm boundaries. The road signs—promising short distances of four miles, two miles, even half a mile—were made of heavy cast-iron, forged to last for generations of travellers. Some conscientious hand had kept them freshly painted, their black lettering sharp and clear against chalk-white backgrounds, pointing to villages with names that meant something a long time ago but which were now detached from the things to which they referred—the names of long-forgotten yeoman families, of mounds, of the crops they grew, of the wild flora of those parts. Garlic, cress, nettles, crosswort—all these featured in the place-names of the farms and villages that dotted the countryside—their comfortable names reminders of a gentle country that once existed in these parts, England. It still survived, of course, tenacious here and there, revealed in a glimpse of a languorous cricket match on a green, of a trout pool under willow branches, of a man in a flat cap digging up potatoes; a country that still existed but was being driven into redoubts such as this. The heart might ache for that England, thought one of the brothers; might ache for what we have lost.

They almost missed the turning to the village, so quickly did it come upon them. There were oak trees at the edge of a field and immediately beyond these, meandering off to the left, was the road leading to the place they wanted. The man with the map shouted out, “Whoa! Slow down,” and the driver reacted quickly, stamping on the brakes of the Bristol, bringing it to a halt with a faint smell of scorched rubber. They looked at the sign, which was a low one, almost obscured by the topmost leaves of nettles and clumps of cow parsley. It was the place.

It was a narrow road, barely wide enough for two vehicles. Here and there informal passing places had been established by local use—places where wheels had flattened the grass and pushed the hedgerows back a few inches. But you only needed these if there were other road-users, and there were none that Saturday afternoon. People were sleeping, or tending their gardens in the drowsy heat of summer, or perhaps just thinking.

“It’s very quiet, isn’t it?” remarked the driver when they stopped to check their bearings at the road end.

“That’s what I like about it,” said the other man. “This quietness. Do you remember that?”

“We would never have noticed it. We would have been too young.”

They drove on slowly to the edge of the village. The tower of a Norman church rose above a stand of alders. In some in?explicable mood of Victorian architectural enthusiasm, a small stone bobble, rather like a large cannonball, had been added at each corner of the tower. These additions were too small to ruin the original proportions, too large to be ignored; Suffolk churches were used to such spoliation, although in the past it had been carried out in a harsh mood of Puritan iconoclasm rather than prettification. There was to be no idolatry here: Marian and other suspect imagery had been rooted out, gouged from the wood of pew-ends and reredoses, chipped from stone baptismal fonts; stained glass survived, as it did here, only because it would be too costly to replace with the clear glass of Puritanism.

Behind the church, the main street, a winding affair, was lined mostly by houses, joined to one another in the cheek-by-jowl democracy of a variegated terrace. Some of these were built of stone, flinted here and there in patterns— triangles, wavy lines; others, of wattle and daub, painted either in cream or in that soft pink which gives to parts of Suffolk its gentle glow. There were a couple of shops and an old pub where a blackboard proclaimed the weekend’s fare: hotpot, fish stew, toad-in-the-hole; the stubborn cuisine of England.

“That post office,” said the driver. “What’s happened to it?”

The navigator had folded the map and tucked it away in the leather pocket in the side of the passenger door. He looked at his brother, and he nodded.

His brother looked at him. “Just before Ingoldsby’s Farm. Remember?”

The other man thought. A name came back to him, dredged up from a part of his memory he did not know he had. “The Aggs,” he said. “Mrs. Agg.”
She had been waiting for them, they thought, because she opened the door immediately after they rang the bell. She smiled, and gestured for them to come in, with the warmth, the eagerness of one who gets few callers.

“I just remember this house,” the driver said, looking about him. “Not very well, but just. Because when we were boys,” and he looked at his brother, “when we were boys we lived here. Until I was twelve. But you forget.”

His brother nodded in agreement. “Yes. You know how things look different when you’re young. They look much bigger.”

She laughed. “Because at that age one is looking at things from down there. Looking up. I was taken to see the Houses of Parliament when I was a little girl. I remember thinking that the tower of Big Ben was quite the biggest thing I had ever seen in my life—and it might have been, I suppose. But when I went back much later on, it seemed so much smaller. Rather disappointing, in fact.”

She ushered them through the hall into a sanctum beyond, a drawing room into which French windows let copious amounts of light. Beyond these windows, an expanse of grass stretched out to a high yew hedge, a dark-green backdrop for the herb?aceous beds lining the lawn. There was a hedge of lavender, too, grown woody through age.

“That was hers,” said the woman, pointing to the lavender hedge. “It needs cutting back, but I love it so much I can’t bring myself to do it.”

“I believe so,” said the woman.

“We played there,” said one of the brothers, looking out into the garden. “It’s odd to think that. But we played there. For hours and hours. Day after day.”

She left them and went to prepare tea. The brothers stood in front of the window.

“What I said about things looking bigger,” one said. “One might say the same about a person’s life, don’t you think? A life may look bigger when you’re a child, and then later on . . .”

But the other thought that the opposite might be true, at least on occasion. “A friend told me about a teacher at school,” he said. “He was a very shy man. Timid. Ineffectual. And children mocked him—you know how quick they are to scent blood in the water. Then, later on, when he met him as an adult, he found out that this same teacher had been a well-known mountaineer and a difficult route had been named after him.”

“In this out-of-the-way place.”

“Yes, in this sleepy little village.” He paused. “I suspect that our La was a real heroine.”

Their hostess had come back into the room, carrying a tray. She put it down on a table and gestured to the circle of chintzy sofa and chairs. She had heard the last remark, and agreed. “Yes. La was a heroine. Definitely a heroine.”

She poured the tea. “I assume that you know all about La. After all . . .” She hesitated. “But then she became ill, didn’t she, not so long after you all left this place. You can’t have been all that old when La died.”
From the Hardcover edition.

La's Orchestra Saves the World is another delightful story celebrating friendship and the healing power of music, told with the warmth and charm we've come to love from this favourite storyteller.

It's 1939 and the war in Europe casts a long, all-encompassing shadow. In a sleepy town in Suffolk, La, the generous and determined widow, forms an amateur orchestra to entertain the locals and soothe her own broken heart. She recruits Feliks, a refugee from Poland, to play the flute, and a touching friendship emerges. When the war is over and the orchestra disbands, La is left pondering her next move. What role can she play in her community now that the war is over? And can she let herself love again?

Description du livre Paperback. Etat : New. Language: English. Brand new Book. With a failed marriage behind her, La -- short for Lavender -- moves to the Suffolk countryside on the eve of the Second World War to nurse her broken heart. Lonely and at a loss, a friend encourages her to bring the villagers and the men from the local airbase together by forming an amateur orchestra. One of her musician recruits is Feliks, a handsome and enigmatic Polish refugee. A friendship begins to blossom between the two, and La finds her feelings stirring to life again.Poignant, tender and inspiring, La's Orchestra Saves the World celebrates the power of love and friendship in the shadow of the collective tragedy of war, as well as the extraordinary healing power of music. N° de réf. du vendeur HUK9780349122052

Description du livre Paperback. Etat : New. Language: English. Brand new Book. With a failed marriage behind her, La -- short for Lavender -- moves to the Suffolk countryside on the eve of the Second World War to nurse her broken heart. Lonely and at a loss, a friend encourages her to bring the villagers and the men from the local airbase together by forming an amateur orchestra. One of her musician recruits is Feliks, a handsome and enigmatic Polish refugee. A friendship begins to blossom between the two, and La finds her feelings stirring to life again.Poignant, tender and inspiring, La's Orchestra Saves the World celebrates the power of love and friendship in the shadow of the collective tragedy of war, as well as the extraordinary healing power of music. N° de réf. du vendeur HUK9780349122052